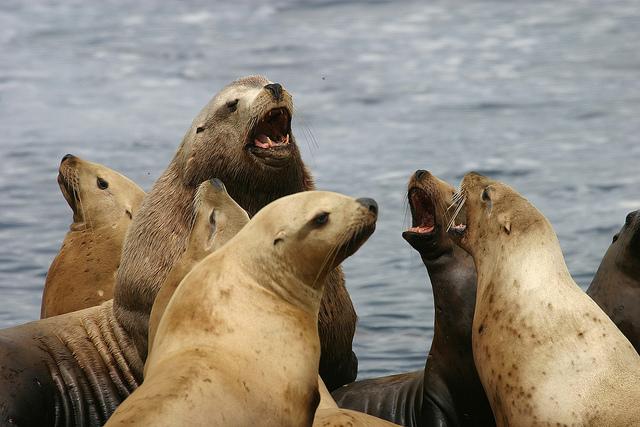 Most female Steller sea lions breed at or near the rookery where they were born, according to a new study.

Understanding dispersal patterns is critical for measuring changes in the population of an animal species and helps with conservation efforts, according to the study by Kelly Hastings and colleagues from the Alaska Department of Fish and Game.

The study found that most female sea lions tended to breed at the rookeries where they were born, with fewer than 3 percent switching rookeries between years. When females did move before breeding, they tended to select rookeries that were nearby and had a higher population of other sea lions.

The authors monitored 369 Steller sea lion females that had been marked as pups in the rookeries where they were born in southeastern Alaska. They gathered observation and recapture data between 2001 and 2015 to assess how frequently breeding females switched rookery.

The results suggest that familiarity with neighboring females and knowledge of the topography of the site (for both giving birth to pups and foraging) could be crucial components of their reproduction and thus, the conservation of their species.

Previous studies have shown that Steller sea lion (Eumetopias jubatus) males tend to disperse more frequently than the females, but little was known about the movements of breeding females.

The study is published in the open-access journal PLOS One.