Bureau of Land Management backs out of plan to sterilize wild horses • Earth.com 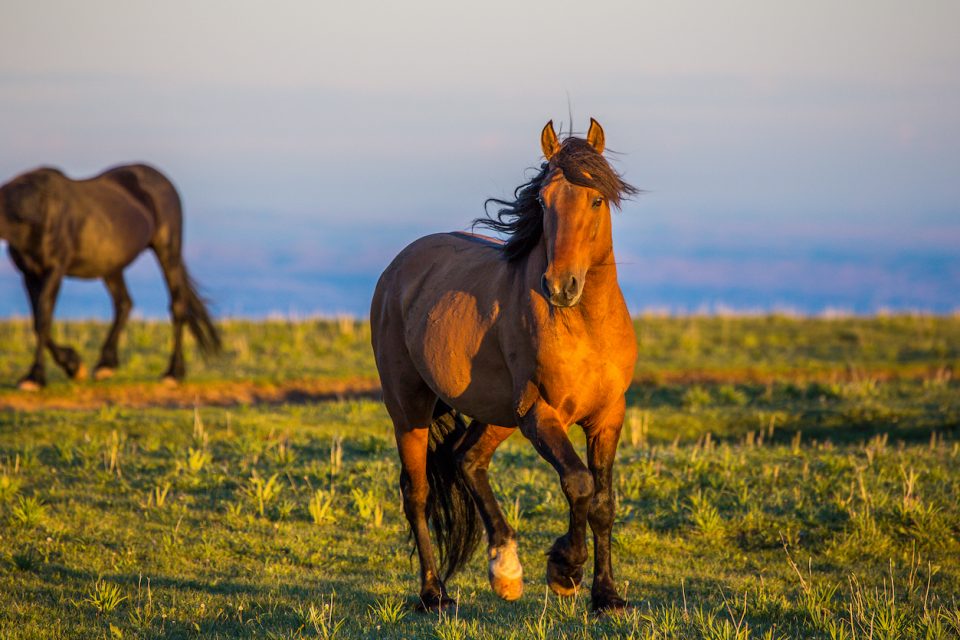 Last year, I reported on the management of wild horses in the western US in a somewhat controversial article.  At that time I promoted a western US with wild horses.  I still feel it’s an idea with some merit even if distasteful to many.  The problem is nuanced and complex with well-intentioned people who care about the land on both sides.

Part of the issue is in the question of whether wild horses constitute a return of a species present in North America in deep time or the introduction of a non-native.  Either way, wild horses are here now and the United States has its share of quixotic efforts to eradicate non-native species. Invasive plants like tamarisk seem to be thriving along the Colorado River and buffelgrass can still be found in the Sonoran Desert despite countless volunteer hours and dollars spent.  Wearing Nutria fur has been promoted as a way to eradicate the invasive mammal from the southeastern wetlands by organizations like Righteous Fur.  Using fur for conservation is clearly an effort that pits environmental concerns against animal welfare.

To my mind, the effort to eradicate species sometimes misses the point of wild ecosystems as well as the weight of Earth’s long history.  Horses were once before native to North America as well as camels and many other species. The history of life on Earth is a history of change.

I’m not promoting introducing more species to the continent and if eradicating a destructive species is easy, it should be done.  The point is, we spend too much effort and money trying to change nature to our idealistic liking without reducing our own consumption and destructive caprice.  Wild Horses are unfairly targeted often when people ranching cows, sheep and other livestock on public lands are all but untouchable due to their financial influence.

When it comes down to killing a horse or keeping a cow off public acres, the horse is going to die.  Not only horses but unquestionably wild animals like Bighorn sheep suffer from public grazing.  If you ask the average American to forgo a hamburger, they’d probably kill the horse personally.  The Independent reported that McDonald’s alone sells 75 burgers a second.  As a part of a greater fight over public lands, wildlife and the environment, the fight over wild horses is a side skirmish in a nasty war.  Earlier this month, American Wild Horse Campaign announced their victory in a lawsuit.

The lawsuit takes place in Oregon, where U.S. District Court Judge Michael W. Mosman issued a preliminary injunction blocking the Bureau of Land Management (BLM) from experimenting with sterilization of wild mares.  The bureau cancelled the planned sterilization experiments after the injunction.  The experiments were planned to take place in the Warm Springs Management Area with the purpose of removing excess horses from the area herd.

The American Animal Welfare Institute, American Wild Horse Campaign and others claimed the surgery to be inhumane.  The bureau’s refusal to allow independent veterinarians’ access to horses to observe recovery or the installation of video cameras to monitor the horses was cited.

Oregon Live reported that the animal advocacy groups in question promote the use of a temporary contraception administered by dart to manage horse populations.  The problem is that this solution falls short of curtailing wild horse populations.

Oregon Public Broadcasting reports that when the 1971 Wild Horse and Burro Act was made law, there were an estimated 17,000 wild horses and burros living in 10 western states.  Today, the BLM estimates the population of wild horses and burros at 40,605. The BLM estimates that the environment can sustainably support only 26,677 wild horses.  The consequences of an overpopulation of horses could be starvation, disease and environmental degradation. 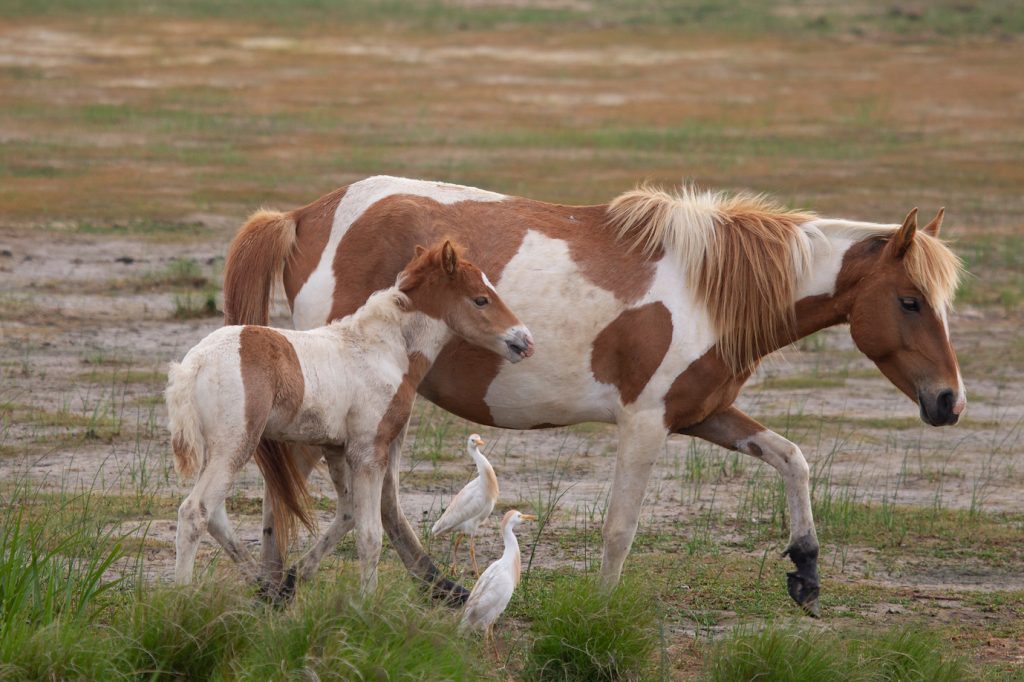 In Oregon, a holding pen for captured wild horses was expanded in 2013 to hold 800 animals, once held 1200.  The pen holds horses offered for adoption. After three adoption efforts per horse, the animals are moved to long term facilities where they live out the remainder of their lives in captivity in places like Kansas or Oklahoma.  The number of ‘wild’ horses now in captivity exceeds the number now in the wild, 49,768 are in holding, according to Oregon Public Broadcasting.

The number of horses the BLM manages for is determined as part of its balance to maintain land for wildlife, grazing, recreation and other uses, not just for wild horses.  Rather than a natural balanced reached in any population, each is maintained to give room to the others, wild creatures being forced to give space to livestock.

The BLM, the main management agency for wild horses, also leases 155 million acres of land for livestock grazing and actively improves the land for livestock at a cost to taxpayers.  The Center for Biological Diversity reports that grazing on public lands has cost the government a billion dollars over a decade.  Grazing fees for the BLM are only $1.41 per AUM for 2018 compared to $1.87 AUM for 2017 (AUM is the amount of forage to support one head of livestock for a month).

The cost for management of wild horses is also ridiculously high but the focus is on limiting their numbers. According to the National Horse & Burro Rangeland Management Coalition, the BLM spent $82.567 million on wild horse and burro management in the Fiscal Year 2017.  It seems a little strange that private agriculture would cost the government money and it’s unnecessary that management of wild horses costs as much as it does.  About half the money spent on wild horse and burro management goes to the running of long term holding facilities for the animals.

The National Academies Press issued a report showing that much of the BLM’s management of wild horses and burros is based on faulty science and bad data.  The report showed that the BLM’s estimation of populations was not scientifically rigorous and that the agency consistently estimated below actual populations.  The report also found that management techniques are making the problem worse.

Horses are removed from the land before reaching a carrying capacity which would naturally limit populations.  Because the carrying capacity is never reached, populations continue to grow at a dizzying pace.  Increased competition over forage the report says actually naturally limits horse populations. In the end, it all comes back to population control.  BLM surgical intervention may be cruel as some claim but surely, a fight for food and starvation is as well.