Sticking together can come at a cost for baboons • Earth.com 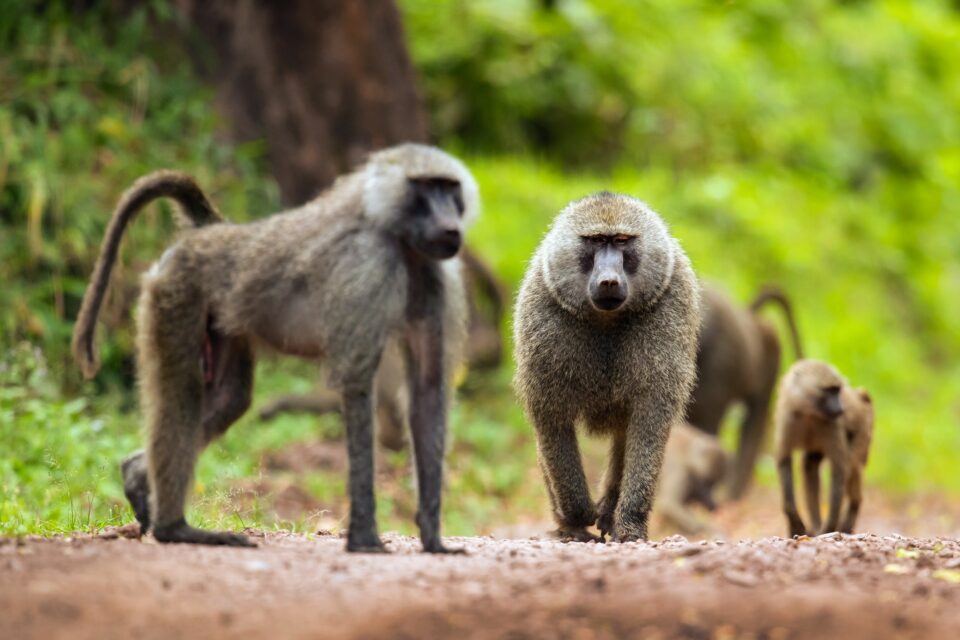 Sticking together can come at a cost for baboons

In a first-of-its-kind study, researchers fixed GPS activity trackers to baboons to examine the costs of sticking together in a group.

Baboons live in stable social groups and travel in troops that are made up of different sized individuals. These mixed-age groups may contain large males weighing as much as 30 kg along with juveniles, adolescents and females.

The benefits of traveling along together include the early detection of predators and the sharing of important information.

However, researchers from the Max Planck Institute of Animal Behavior have recently shown that all baboons compromise on moving at their preferred speed in order to keep the group together.

Baboons in a troop at the Mpala Research Center in Kenya were fitted with GPS trackers and accelerometers. The GPS data indicated where the animals moved, and the accelerometers gave information on speed and number of steps, in much the same way as a Fitbit device.

In 2012, when study senior author Meg Crofoot began the study of these 25 baboons, she was the first to ever use GPS tracking on a large group of primates.

The results indicated that, although all baboons modified their movements, the smallest individuals had to move faster than their preferred pace, travel further, and use more energy than other size groups.

“Small individuals pay disproportionate costs associated with maintaining group cohesion, and this might be because they have the most to gain from group membership,” explained study co-author Roi Harel.

The scientists then used computer simulations to test whether a cohesive group would form if all baboon members moved at their preferred speed and did not compromise.

“Our simulations demonstrate that to replicate the levels of cohesion we observe in wild baboons, group members need to adjust their patterns of movement in response to who they are next to and where they are in the group,” said Harel.

According to the scientists, this is an unusual example of a democratic process taking place in the social interactions of a species that is highly despotic.

“The dominant male clearly wields power over other baboons in one-on-one interactions,” said Harel. “But when it comes to collective movement, it seems like a shared decision-making process drives the group.”

The findings have been published in the journal Proceedings of the Royal Society B.