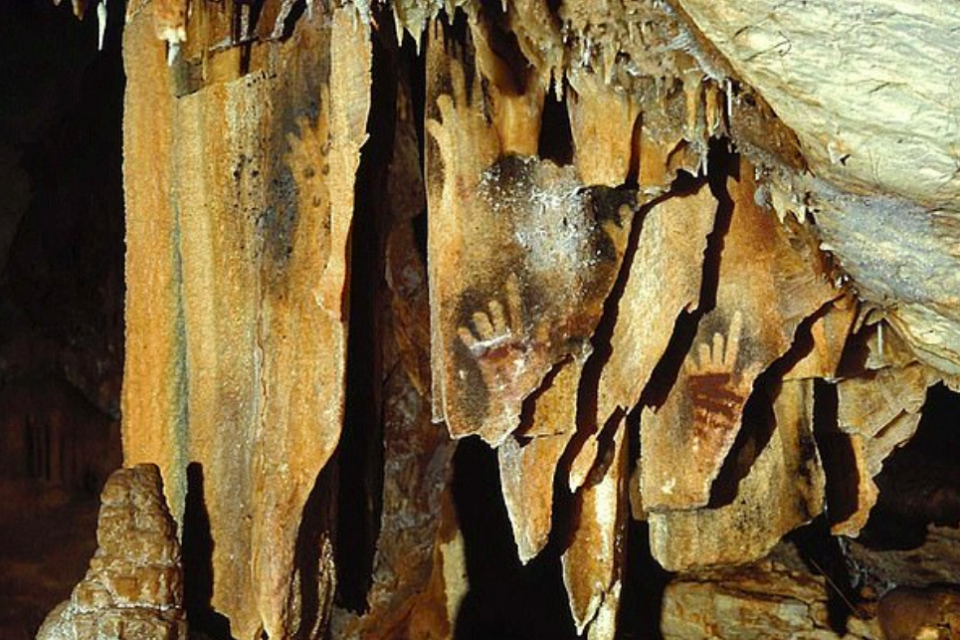 A large number of Upper Paleolithic cave paintings of hands with fingers missing seems to suggest that this was in fact the case.

Hand images, which can refer to either stencils or paintings, are one of the most common and earliest forms of rock art. In France, there are two caves with Stone Age hand images that have missing digits.

One of the caves, Gargas, has 231 hands painted around the walls and 114 are missing at least one piece of finger. The second cave, Cosquer, has 49 hand images and 28 are missing some sort of finger segment, according to New Scientist.

In Spain, researchers have documented 61 hand images with missing fingers or segments in caves as well.

There are several proposed hypotheses as to why these hand images are so common, including that the fingers were lost due to frostbite or that the missing fingers are part of some early counting system.

In a new study published in the Journal of Paleolithic Archaeology, researchers from Simon Fraser University have a different hypothesis altogether, one that points to intentional amputation for sacrifice or as part of a religious rite.

Mark Collard, along with a team of colleagues, decided to use a cross-cultural approach to find a better explanation for the missing finger images.

Because finger amputation was not an uncommon practice in certain cultures and societies, the researchers wondered if there was any link that could be made to explain the Upper Paleolithic hand images.

“Finger amputation was a reasonably common behaviour in many regions in the recent past,” Collard said to New Scientist. “The available data seem to fit reasonably well with the hypothesis that some Upper Palaeolithic people engaged in finger amputation for the purposes of religious sacrifice.”

The researchers reviewed many different historical texts including travel journals, expedition archives, and ethnographic documents to find evidence of societies that engaged in “phalangeal amputation” or the intentional removal of fingers and created a taxonomy of amputation practices around the world.

Finger amputation was mentioned across 188 sources and practiced by 121 groups or societies. The reasons for finger amputation ranged from sacrificial, to a type of punishment, to a sign of mourning.

Collard told New Scientist that he and his team hypothesize that the Upper Paleolithic hand images were the result of a religious sacrifice or mourning.

“The idea that the hand images reflect sacrifice is consistent with the way that cave art has been interpreted by many researchers over the years,” said Collard. “Cave art is often in dark, hard-to-access parts of caves, which is consistent with them being part of some sort of dysphoric ritual.”

While the recent study presents an interesting approach to trying to make sense of prehistoric practices, there are those that still maintain the hand images are due to frostbite or that the fingers were just folded back.