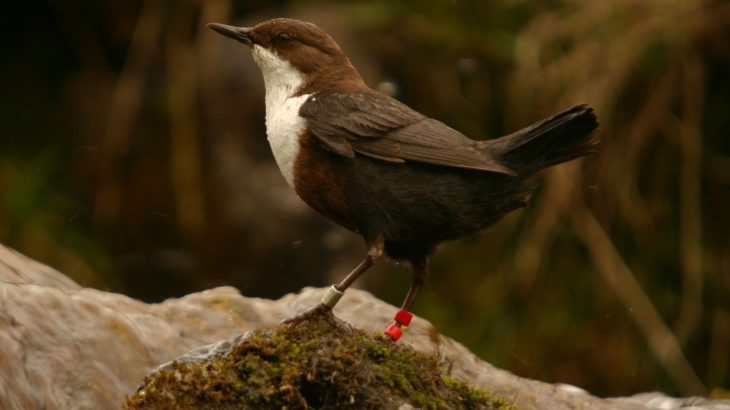 For a bird, singing the right song can spell the difference between finding a mate or not. Female songbirds judge their mates based on singing ability and the more complex a male’s song is, the better.

But a new study has found that fledglings and nestlings who experience stress are not able to sing as skillfully as their young and healthy male counterparts.

The study was conducted by researchers from Lancaster University and published in the journal PLOS ONE.

Singing ability for male songbirds develops during the early years, and researchers have hypothesized that stress during these years, such as not receiving enough food, hinders the development of singing ability.

It’s called the “developmental stress hypothesis,” and the researchers decided to test the idea in the wild.

In a long-term study, the researchers monitored 18 white-throated dipper nestlings. The team observed and recorded brood size, how many times parents fed their young, and the nestlings’ health at nine days old.

Later, the researchers returned to study the birdsong of the adults that had been monitored as nestlings.

The dippers that were healthier when they were younger sang more complex songs, and there was an increase in unique syllables compared to the nestlings that had been less healthy. The research revealed that birds that hadn’t been stressed also sang more often.

Previous research had reached similar conclusions with captive songbirds, but this study is the first to find evidence of developmental stress impacting singing ability in the wild.

The researchers next hope to understand what underlying mechanisms influence singing ability.

“Song complexity and singing frequency in male birds are shaped by female choice; they signal male quality because song is costly to develop and produce,” said Lucy Magoolagan, the lead author of the study. “The timing of song learning and development of the brain structures involved occur at a time nestlings are exposed to a number of potential stressors. Our results provide some of the first evidence from a wild bird of how the conditions experience during early life impact adult song.”