Students’ brains actually sync up while they are learning • Earth.com 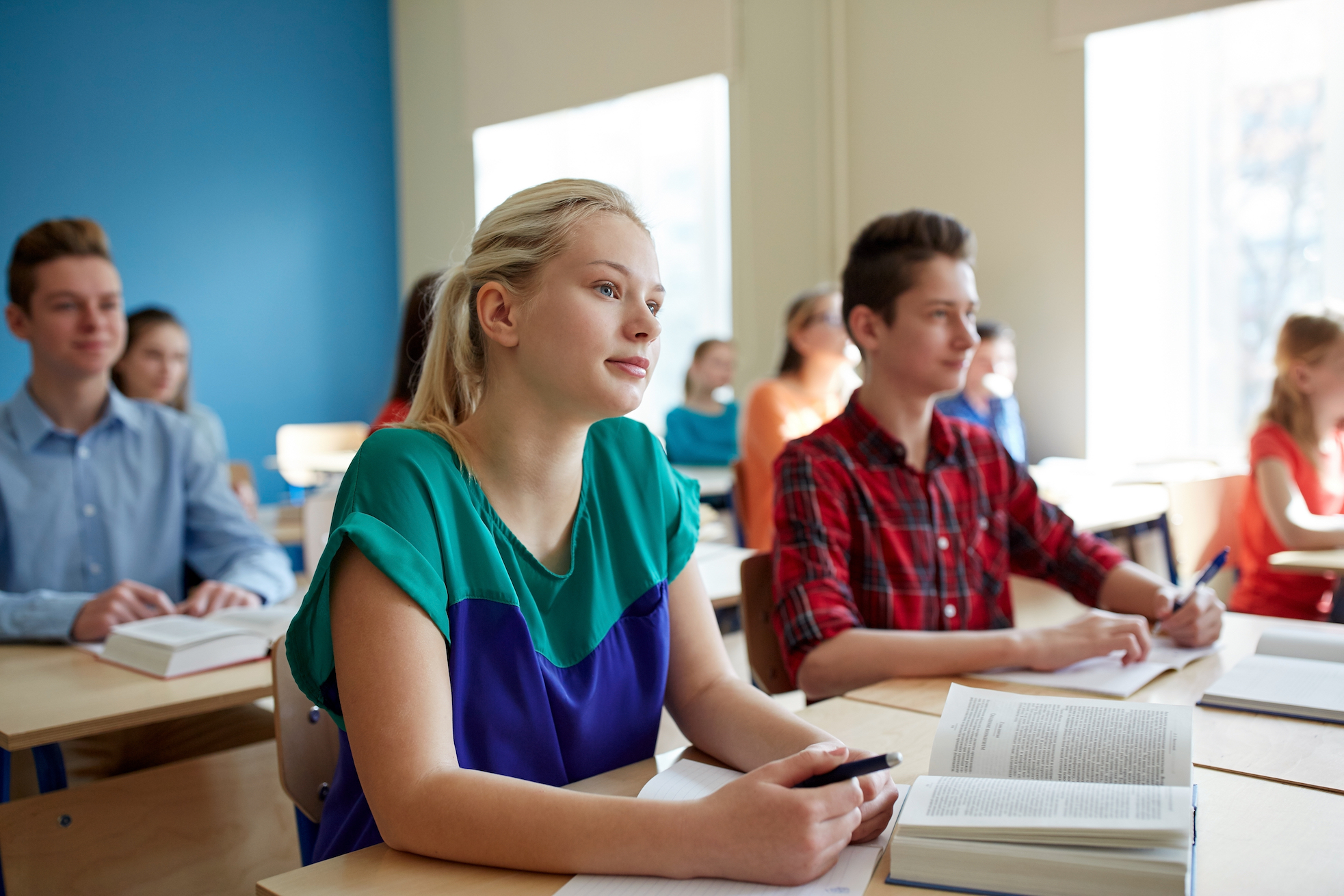 Students’ brains actually sync up while they are learning

Students spend countless hours in classroom lectures, and getting them to pay attention has always been a central focus for educators. Students who are more engaged in the classroom have more successful learning experiences. A new study reveals that when students are focused in class, another kind of phenomenal experience is taking place as well – their brains become synchronized.

A team of researchers led by David Poeppel of New York University and the Max Planck Institute Of Empirical Aesthetics used EEG testing for the study. They simultaneously recorded a group of high school students’ brain activities over the course of a semester. The comparison of the recordings revealed that the rhythms and patterns of the students’ brainwaves became exceptionally similar at times the students were focused.

Suzanne Dikker of New York University and Utrecht University is one of the lead authors of the study. “We found that students’ brainwaves were more in sync with each other when they were more engaged during class. Brain-to-brain synchrony also reflected how much students liked the teacher and how much they liked each other. Brain synchrony was also affected by face-to-face social interaction and students’ personalities. We think that all these effects can be explained by shared attention mechanisms during dynamic group interactions,” said Dikker.

Researchers Lu Wan and Mingzhou Ding of the University of Florida used observations from the experiment to determine the extent of brain synchrony among the students. They wanted to establish how classroom participation and engagement affected the level of brain synchrony. The scientists also questioned what role social dynamics played in the outcome.

The study, published in Current Biology, found a direct correlation between the level of brain synchrony and neural entrainment.

“Your brainwaves ‘ride’ on top of the sound waves or light patterns in the outside world, and the more you pay attention to these temporal patterns, the more your brain locks to those patterns,” Dikker explained. “So, if you and the person next to you are more engaged, your brainwaves will be more similar because they are locking onto the same information.”

The researchers will expand this study in neuroscience to other settings to learn more about the dynamics of brain synchrony and group interactions. They hope to answer questions about the ideal conditions needed for a favorable group experience.