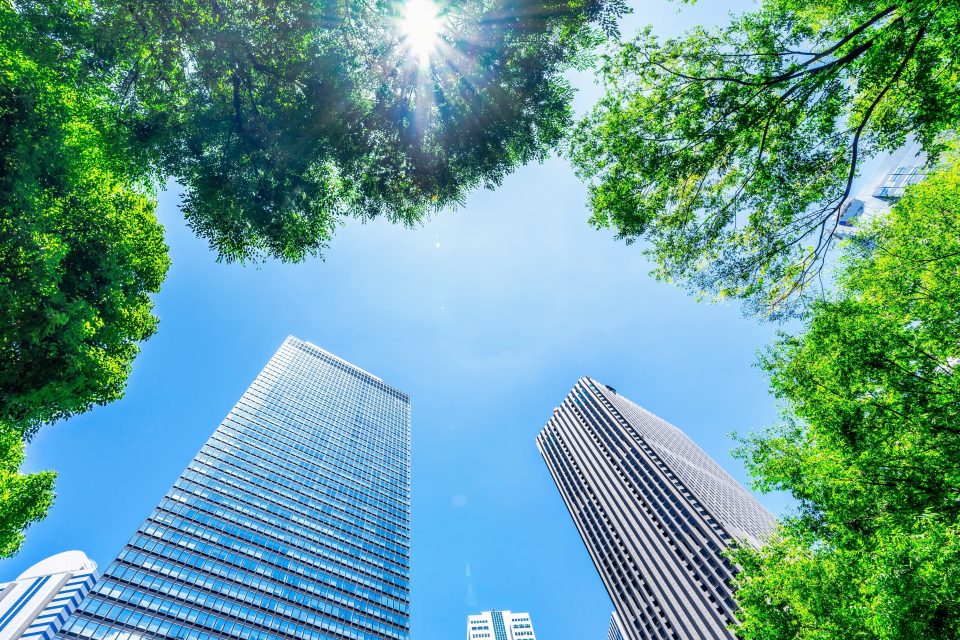 Urban areas are hot – all the concrete, asphalt, people and motor vehicles add up to high temperatures. It’s normal, especially in the summer as the mercury levels rise, to seek out shade.

A new study looks at how effective shade – from buildings and trees – is at cooling city areas and mitigating the “urban heat island” effect.

One recent study looked at this effect and concluded that in 60 urban areas, temperatures were roughly 2.4 degrees Fahrenheit higher than in comparable rural areas. Scientists from Ohio State University created a digital model of part of Columbus, Ohio to look at the impact of shade on temperature.

As expected, trees were found to cool urban areas, and this was especially true of large mature trees. Buildings were found to raise temperatures, yet the shade that they throw has a mitigating cooling effect.

The experts determined that shade from buildings is most effective in cooling things off when the shadows fall on the roofs of other nearby buildings. A net cooling effect is also created when buildings in urban areas cast a shade over asphalt, such as roads or parking lots.

“We’ve long known that the shade of trees and buildings can provide cooling,” said study co-author Professor Jean-Michel Guldmann. “But now we can more precisely measure exactly what that effect will be in specific instances, which can help us make better design choices and greening strategies to mitigate the urban heat island effect.”

The research is published in the journal Computers, Environment and Urban Systems.