Study reveals earliest evidence of mammals at the seashore • Earth.com 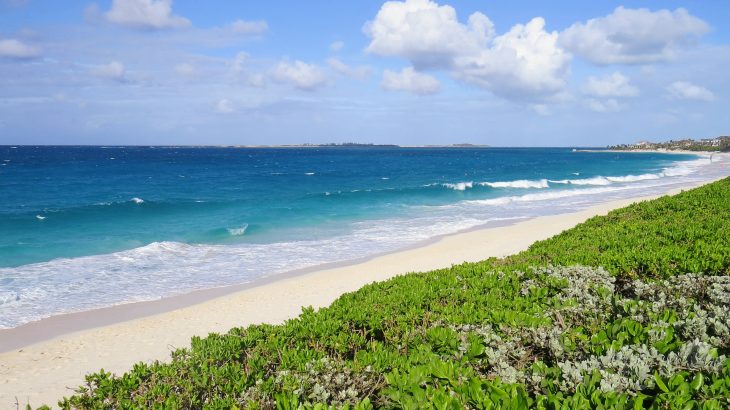 Fossilized footprints that were recently found within the Hanna Formation may represent the earliest evidence of mammals gathering on the seashore, according to a new study from the University of Utah.

The research suggests that mammals first used marine habitats during the late Paleocene. This is at least 9.4 million years earlier than previously thought.

The rocks of the Hanna Formation, which are hundreds of miles away from the ocean in Wyoming, were once oceanfront around 58 million years ago.

The tracks are preserved in sandstone and stretch over more than half a mile. They were made by two animals – one with four toes and one with five.

The five-toed tracks were likely left behind by Coryphodon, a semi-aquatic mammal that is similar to a hippopotamus. The animal responsible for the four-toed tracks remains a mystery.

“Paleontologists have been working in this area for thirty years, but they’ve been looking for bones, leaf fossils, and pollen, so they didn’t notice footprints or trackways,” said Dr. Wroblewski, who first saw the tracks in September 2019.

“When I found them, it was late afternoon and the setting sun hit them at just the right angle to make them visible on the tilted slabs of sandstone. At first, I couldn’t believe what I was seeing; I had walked by this outcrop for years without noticing them. Once I saw the first few, I followed out the ridge of sandstone and realized they were part of a much larger, more extensive trackway.”

Based on fossilized plants and pollen, the researchers determined that the tracks are 58 million years old, dating back to the Paleocene epoch. Prior to this finding, the earliest evidence of mammals on the seashore was linked to the Eocene epoch, around 9.4 million years later.