Study reveals how the tips of plants block viruses • Earth.com 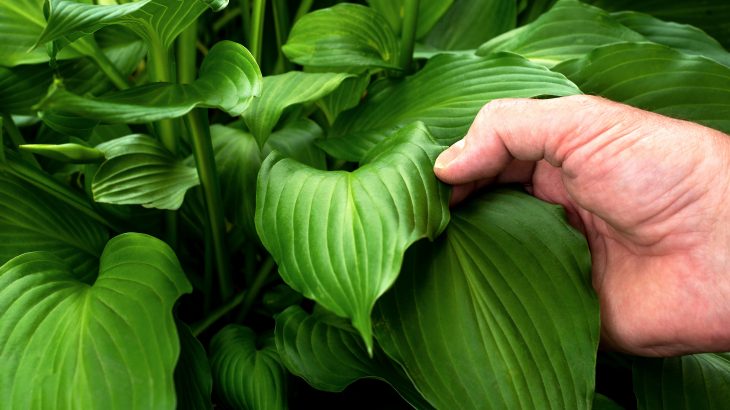 Researchers at the University of Science and Technology of China (USTC) are shedding new light on the remarkable ability of plant stem cells, or meristems, to block out viruses as they divide and reproduce, even if the rest of the plant is infected.

Meristems exist at the tips of all plants. They convert themselves into the various specialized cells that make up the plant, dividing and producing various types of new cells as needed.

The ability of meristems to block viruses was discovered in the 1950s. Farmers and scientists use this to their advantage by snipping a part of the tip of infected plants to cultivate new, healthy plants.

The research was focused on Arabidopsis thaliana, a thale cress related to cabbage and mustard that is often used in botanical studies as a model. The experts introduced the plants to the Cucumber Mosaic Virus to investigate how the meristems responded.

The study revealed that as the virus spread towards the meristems, it stopped just before it reached the WUSCHEL-expression domain.

WUSCHEL is an extremely important protein that plays a key role in determining the fate of stem cells in the earliest developmental stages of a plant embryo. This protein also regulates the meristems and specifies what type of daughter cells they will produce.

The scientists closely analyzed the distribution of the WUSCHEL proteins, and found that more of these proteins had appeared where the virus had initially tried to establish itself.

When the experts injected the virus directly into the plant’s meristems and just below them, the infection only spread in the lower region.

“There’s a chemical called dexamethasone that can induce production of these WUSCHEL proteins in our tested plants, so next, we inoculated more cress with the virus and then gave some of the plants dexamethasone treatment, and some we just left alone,” explained study co-author Professor Zhong Zhao.

Among the untreated plants, 89 percent were infected by the virus. Meanwhile, 90 percent of the treated plants were free from virus invasion. The team was surprised to find that the WUSCHEL proteins worked to inhibit production of viral proteins.

Viruses cannot make their own proteins, so they must manipulate the proteins in an organism in order to replicate. To protect the meristems, the WUSCHEL proteins had essentially frozen all protein production, which prevented the viruses from replicating.

“Our results reveal a conserved strategy in plants to protect stem cells against viral intrusion and provide a molecular basis for WUSCHEL-mediated broad-spectrum innate antiviral immunity in plants,” wrote the study authors.