Study reveals the impacts of bushfires on urban microclimates • Earth.com 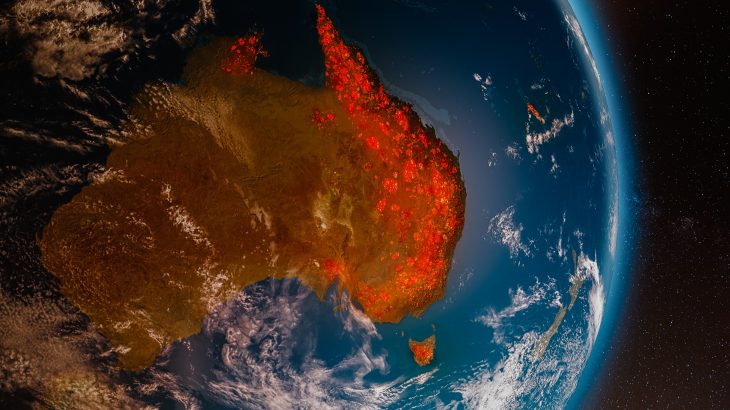 In a new study from IOP Publishing, experts investigated how the 2019 – 2020 Australian bushfires affected local air quality. The research may ultimately improve preparation for a projected increase in the frequency and duration of bushfires.

The scientists monitored air temperature, relative humidity, barometric pressure, precipitation, wind speed, solar radiation, UV radiation, UV index, and a range of particulate matter pollution at a site in Sydney over a few weeks when hundreds of bushfires were burning nearby.

“Many studies have investigated and confirmed the health implications of bushfires, as biomass burning is a major source of ambient particulate matter (PM). But underexplored is the impact on local urban microclimates, concerning not just temperature, but factors including solar and UV radiation, relative humidity, wind patterns and gusts, and urban heat island intensity,” explained study senior author Professor Gianluca Ranzi from the University of Sydney.

“Our study aims to unveil the connection between weather anomalies and livability of urban areas, by using multi-parameter measurements and a multifocal approach.”

During the monitoring period in December and January, extreme pollution, drought, and heat were recorded simultaneously.

“We also found that long-transport mechanisms and complex interactions between prevailing and local winds could have played a major role, making it difficult to establish definite correlations between PMs and single environmental parameters.”

“Intense rain splashing was also associated with the most intense concentration of dust. Our data confirm that, despite their acknowledged air-cleansing properties, heavy raindrops also trigger a mechanism that produces solid particles from soil, which can substantially raise local pollution levels.”

The researchers found a link between ultraviolet index (UVI) and particulate pollution. The team pinpointed several levels of pollution that strongly blocked UV radiation. When particulate concentrations fell below these thresholds, UVI was likely to exceed moderate levels.

“While quantitative evaluations should be interpreted with caution, our study offers a new holistic approach to environmental monitoring,” said Dr. Ulpiani.

“The associations we discovered would be extremely valuable in building up a cohesive national health protection strategy, and encouraging better responsiveness from governments and city planners. We will continue this work, to hopefully identify general laws and climate dependencies.”

The study is published in the journal Environmental Research Communications.