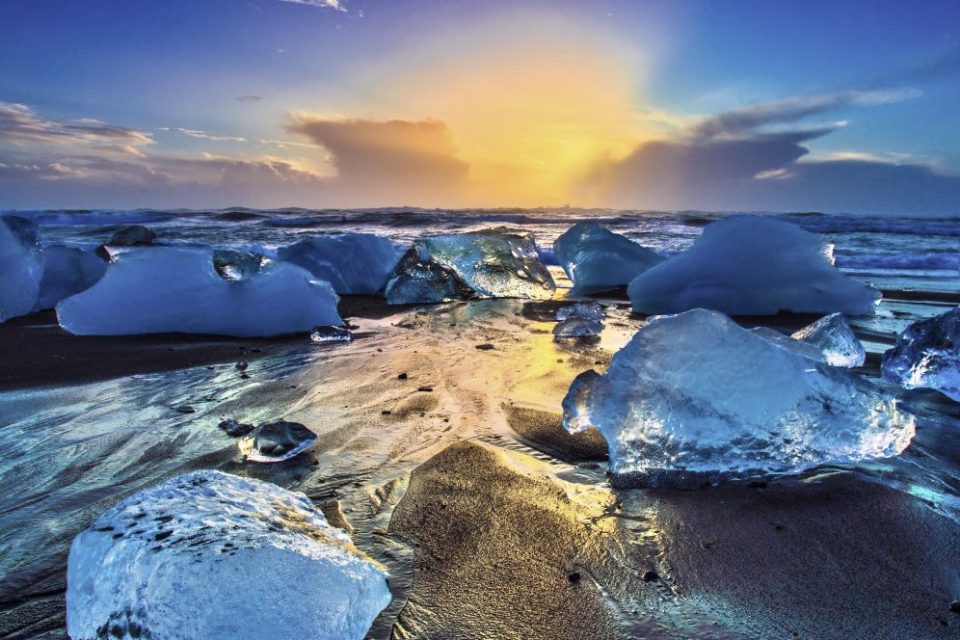 Since the end of the last glacial period, subsea permafrost has been thawing beneath the Arctic Ocean. A new study led by PhD candidate Sara Sayedi and senior researcher Dr. Ben Abbott at Brigham Young University (BYU) estimates that this subsea permafrost region currently traps 60 billion tons of methane and 560 billion tons of organic carbon in sediment and soil, but the precise amounts of carbon remain highly uncertain.

While it is known that this carbon is already being released from the subsea permafrost, it is not clear whether this is a natural response to deglaciation or if human-caused warming is accelerating the rate of emissions.

“Subsea permafrost is really unique because it is still responding to a dramatic climate transition from more than ten thousand years ago,” said Sayedi. “In some ways, it can give us a peek into the possible response of permafrost that is thawing today because of human activity.”

“These results are important because they indicate a substantial but slow climate feedback,” said Sayedi. “Some coverage of this region has suggested that human emissions could trigger catastrophic release of methane hydrates, but our study suggests a gradual increase over many decades.”

The BYU team collaborated with permafrost researchers from all over the world organized by the Permafrost Carbon Network (PCN), which is supported by the National Science Foundation.

The experts found that if human-caused climate change continues at the current rate, the release of methane and CO2 from subsea permafrost could increase substantially. For example, under a business-as-usual scenario, warming subsea permafrost will release four times more CO2 and methane compared to a scenario which limits global warming to two degrees Celsius.

Even though the climate feedback is expected to be relatively slow, subsea permafrost is not accounted for in any current climate agreements. Sayedi emphasized that there is still a large amount of uncertainty about subsea permafrost and that additional research is needed.

“Compared to how important subsea permafrost could be for future climate, we know shockingly little about this ecosystem,” said Sayedi. “We need more sediment and soil samples, as well as a better monitoring network to detect when greenhouse gas release responds to current warming and just how quickly this giant pool of carbon will wake from its frozen slumber.”

“I think there are three important messages from this study,” said Dr. Abbott. “First, subsea permafrost is probably not a climate time bomb on a hair trigger. Second, subsea permafrost is a potentially large climate feedback that needs to be considered in climate negotiations. Third, there is still a huge amount that we don’t know about this system. We really need additional research, including international collaboration across northern countries and research disciplines.”