The Sumatran rhinoceros began its decline one million years ago • Earth.com 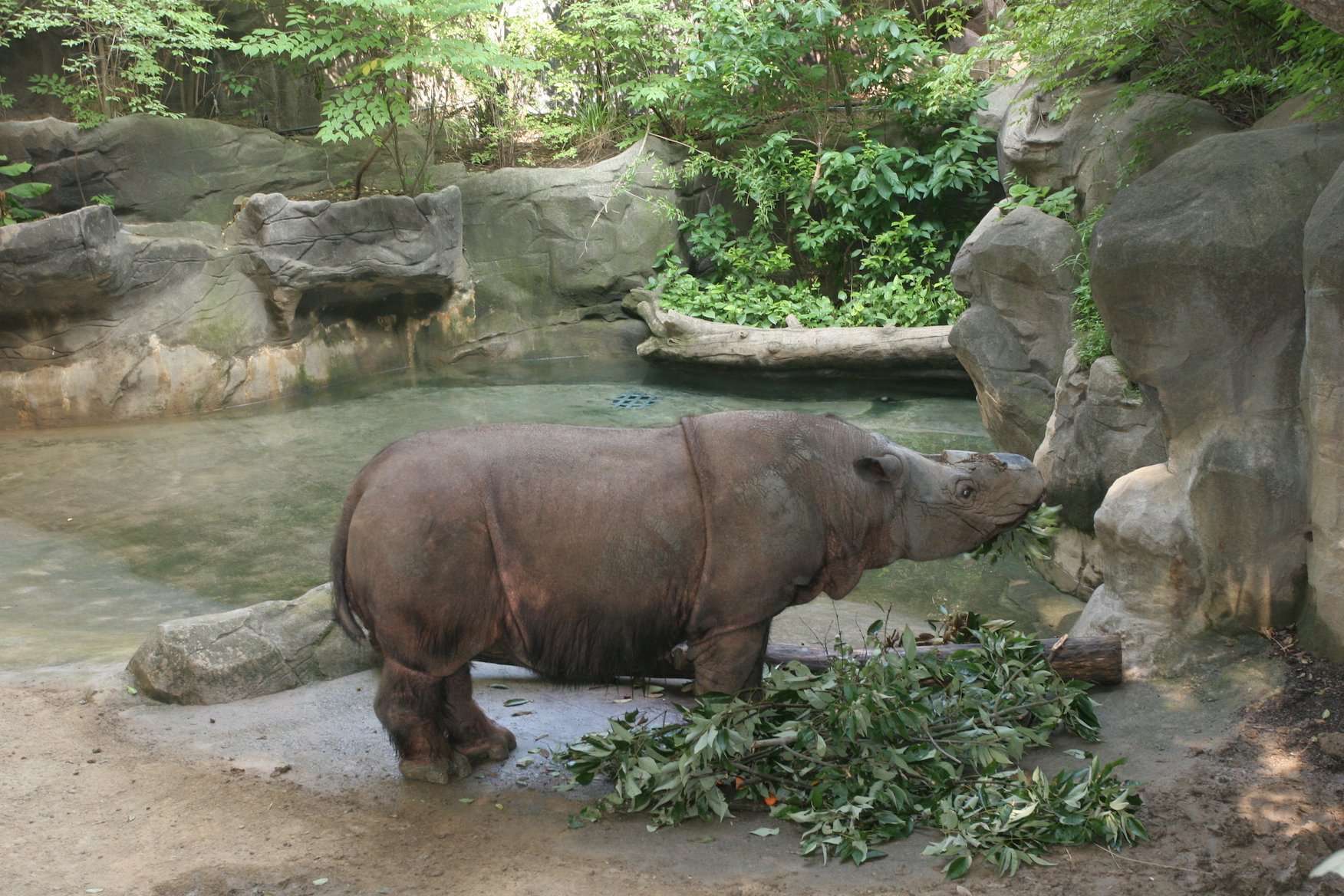 The Sumatran rhinoceros began its decline one million years ago

There were only an estimated 200 Sumatran rhinoceroses living in the wild by 2011, making this species one of the most endangered on the planet. After sequencing the first-ever genome of a Sumatran rhinoceros, an international team of researchers has found that the threat of extinction to this species began nearly one million years ago.

The new analysis suggests that Sumatran rhinoceroses have been endangered since around the middle of the Pleistocene. The researchers explain that this insight is useful in placing the current status of the species’ population into a broader ecological and evolutionary context.

By the end of the Pleistocene, many large mammals had suffered from the invasion of continental mammals into Southeast Asia, and from rising sea levels that swallowed much of mainland Asia. The Sumatran rhinoceros population peaked at the onset of the mammal invasion, approximately 900,000 years back.

“Their population bottomed out and never showed signs of recovery,” said Mays.

As their habitats were fragmented from rising sea levels, the Sumatran rhinoceros populations continued to shrink. Today, habitat loss and hunting are still putting pressure on the remainder of this species.

The findings of the study indicate a major shift in the ancient climate, which reduced the genetic diversity of Sumatran rhinos and left them more susceptible to additional strain.

“The Sumatran rhinoceros species is hanging on by a thread,” said study co-author Terri Roth. “We need to do more to save it.”