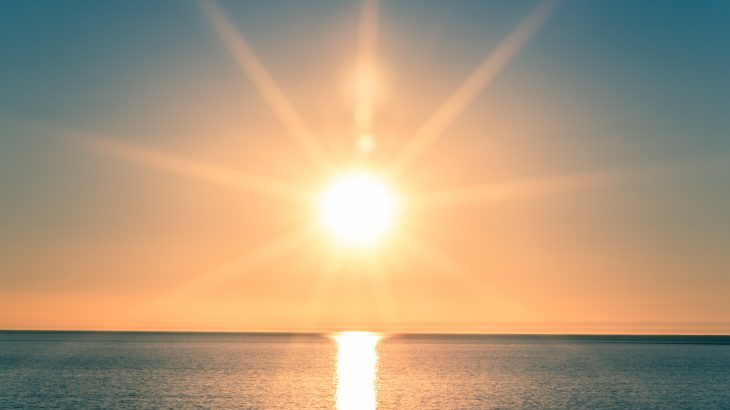 Experts at the University of South Australia have developed a cost-effective technique that could provide millions of people with safe drinking water. The technology relies on inexpensive, sustainable materials and sunlight.

Freshwater makes up less than three percent of the world’s water resources, and is becoming even scarcer due to factors such as climate change and pollution. There are already 1.42 billion people who live in areas of high water vulnerability with limited access to drinking water.

A team led by Professor Haolan Xu has refined a technique that uses highly efficient solar evaporation to transform seawater, brackish water, or contaminated water into freshwater. The improved method can produce enough daily fresh drinking water for a family of four from just one square meter of source water.

“In recent years, there has been a lot of attention on using solar evaporation to create fresh drinking water, but previous techniques have been too inefficient to be practically useful,” said Professor Xu.

“We have overcome those inefficiencies, and our technology can now deliver enough fresh water to support many practical needs at a fraction of the cost of existing technologies like reverse osmosis.”

The system is centered around a highly efficient photothermal structure that is placed on the surface of a water source to convert sunlight to heat. This focuses energy precisely on the surface to rapidly evaporate the uppermost portion of the liquid.

Similar technology has been created by other researchers, but energy loss has been a major hurdle.

“Previously many of the experimental photothermal evaporators were basically two dimensional; they were just a flat surface, and they could lose 10 to 20 percent of solar energy to the bulk water and the surrounding environment,” said Professor Xu.

Beyond its efficiency, the system is built from low-cost, sustainable materials that are easy to obtain.

“One of the main aims with our research was to deliver for practical applications, so the materials we used were just sourced from the hardware store or supermarket,” said Professor Xu.

“The only exception is the photothermal materials, but even there we are using a very simple and cost-effective process, and the real advances we have made are with the system design and energy nexus optimisation, not the materials.”

The new technology could be used where other desalination and purification systems would be too expensive and impractical.

“For instance, in remote communities with small populations, the infrastructure cost of systems like reverse osmosis is simply too great to ever justify, but our technique could deliver a very low cost alterative that would be easy to set up and basically free to run,” said Professor Xu.

“Also, because it is so simple and requires virtually no maintenance, there is no technical expertise needed to keep it running and upkeep costs are minimal.”

“This technology really has the potential to provide a long-term clean water solution to people and communities who can’t afford other options, and these are the places such solutions are most needed.”

The study is published in the journal Solar RRL.