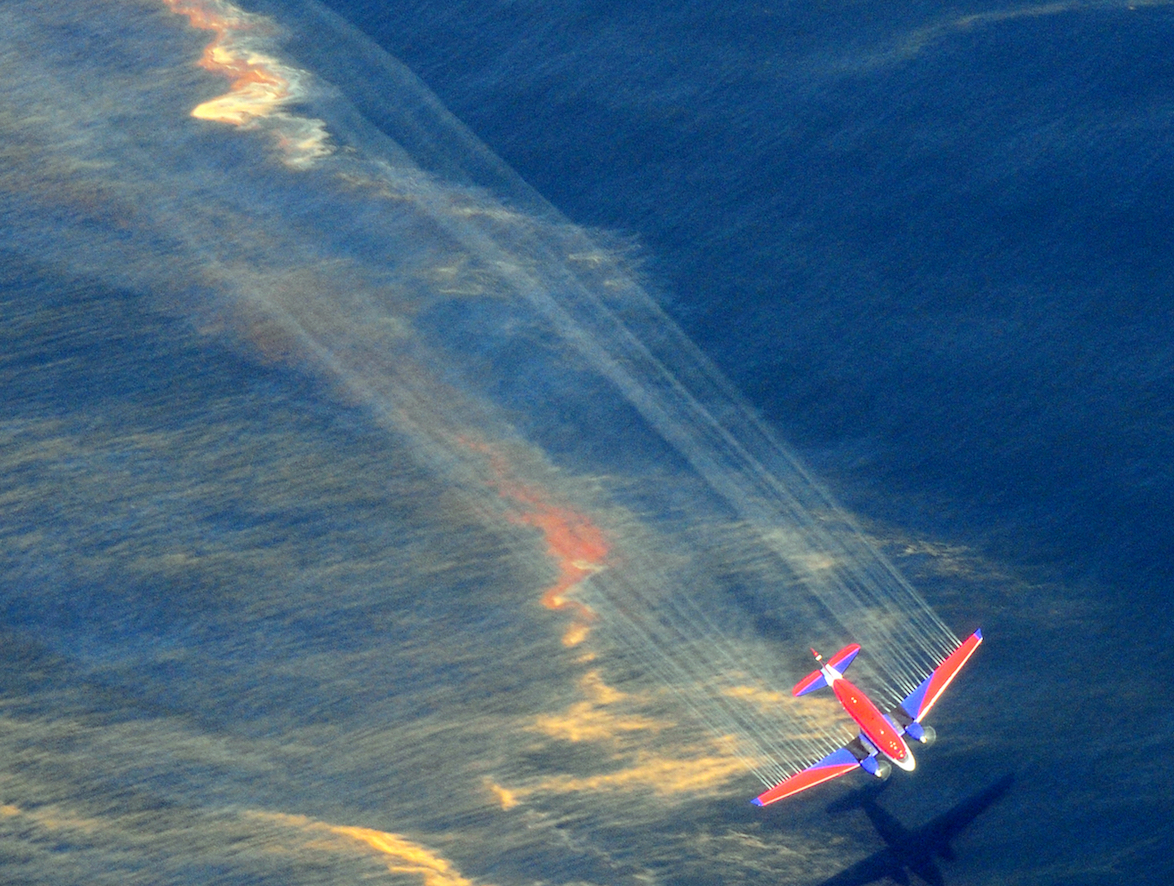 Researchers at the Woods Hole Oceanographic Institution (WHOI) have found that sunlight chemically alters oil floating on the ocean’s surface within hours after an oil spill. A follow-up study by the team revealed that the resulting compounds are not as easily broken up, which significantly limits the effectiveness of dispersants in minimizing the amount of oil that migrates toward coastlines.

“It has been thought that sunlight has a negligible impact on the effectiveness of dispersants,” said lead author Collin Ward. “Our findings show that sunlight is a primary factor controlling how well dispersants perform. And because photochemical changes happen fast, they limit the window of opportunity to apply dispersants effectively.”

Dispersants are designed to help oil, water, and detergents mix, which allows the organic solvents contained in the dispersants to break oil down into droplets that are more manageable. However, the new research has revealed that sunlight disrupts this process.

Light energy from the sun begins to break down chemical bonds in oil compounds immediately after they reach the surface of the ocean. This photo-oxidation process is also known as photochemical weathering.

The scientists demonstrated how sunlight rapidly transforms oil into residues that are not fully soluble in the solvents, preventing the detergents from mixing with the photo-oxidized oil to break it down.

The results of the studies indicate that emergency responders must account for direct sunlight and modify the time frame during which dispersants may be successfully used after an oil spill.

The team obtained and tested samples of Deepwater Horizon oil and found that, the longer the oil floated on the seawater’s surface in the sunlight, the more the oil was photo-oxidized. Within just a matter of days, around half of the oil had been chemically altered.

Next, the photo-oxidized oil was tested to find out how it would respond to dispersants. Ultimately, the researchers found that under average wind and sunlight conditions, the majority of dispersants would not have achieved the minimum effectiveness levels designated by the EPA.

Henrietta Edmonds is a program director in the National Science Foundation’s Division of Ocean Sciences, who funded the research.

“This study shows how important it is to do the most basic research on chemical reactions that take place in the environment,” said Edmonds. “The results help us learn how to effectively respond to oil spills.”

The research was published in the journal Environmental Science & Technology.