Supervolcanoes could be the future of electric energy • Earth.com 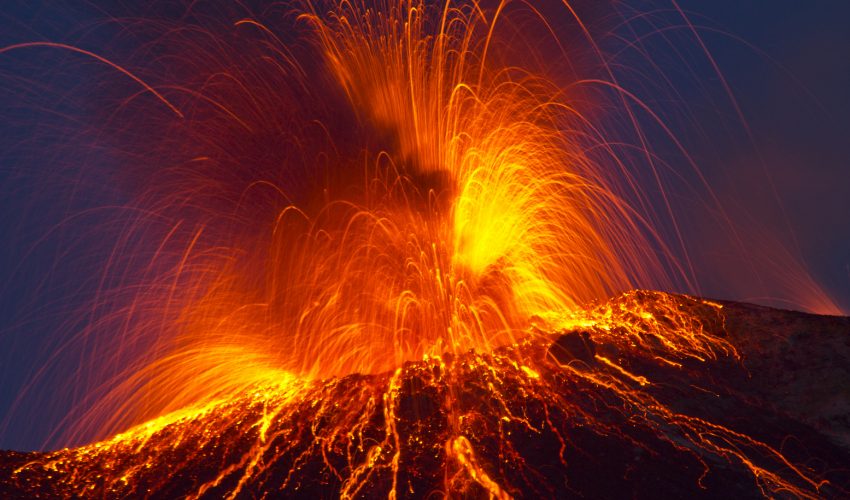 Supervolcanoes could be the future of electric energy

The element lithium (Li) was discovered in the 1800s, and has since been used in a variety of ways – including as a medication in psychiatric treatments and as a component of nuclear weapons. However, in the age of laptops, cell phones, and electric cars, lithium-ion batteries are now an everyday necessity for the developed world – and demand continues to rise.

A vast majority of the lithium used in making lithium-ion batteries comes from Chile and Australia, where they are mined from brine deposits in high-altitude salt flats and from pegmatite deposits respectively. But a new study published in Nature Communications now says that there may be a new method for extracting lithium here in the United States. Researchers believe that there are significant deposits of lithium in the remnants of supervolcanoes across the U.S.

When supervolcanoes erupt, they produce hundreds to thousands of cubic kilometers of magma. Once the smoke has cleared, they remain as enormous holes in the ground, known as calderas. These holes often fill up with water and form lakes – such as Crater Lake in Oregon. Over long periods of time – often tens of thousands of years – lithium leaches from the remains of the volcano into the water. The lithium then becomes concentrated in a clay called hectorite.

“The caldera is the ideal depositional basin for all this lithium,” says lead author Thomas Benson, a recent PhD graduate at Stanford University. “We’ve had a gold rush, so we know how, why and where gold occurs, but we never had a lithium rush. The demand for lithium has outpaced the scientific understanding of the resource, so it’s essential for the fundamental science behind these resources to catch up.”

The study shows how researchers have found a way to identify which supervolcanoes contain the most abundant sources of lithium. They analyzed tiny bits of magma trapped in crystals that grew within the magma chamber – which allows them to access the original concentrations of lithium and other elements prior to the eruption.

In taking samples at sites everywhere from Oregon to Mexico, they found that lithium concentrations were widely varied relative to the tectonic setting of the supervolcano.

“If you have a lot of magma erupting, it doesn’t have to have as much lithium in it to produce something that is worthy of economic interest as we previously thought,” explains Gail Mahood, professor of geological sciences at Stanford University. “You don’t need extraordinarily high concentrations of lithium in the magma to form lithium deposits and reserves.”

All of this work may eventually help the United States build its own lithium supply, allowing us to become more energy-independent as the developed world moves more towards electric cars.

“We’re going to have to use electric vehicles and large storage batteries to decrease our carbon footprint,” Mahood said. “It’s important to identify lithium resources in the U.S. so that our supply does not rely on single companies or countries in a way that makes us subject to economic or political manipulation.”