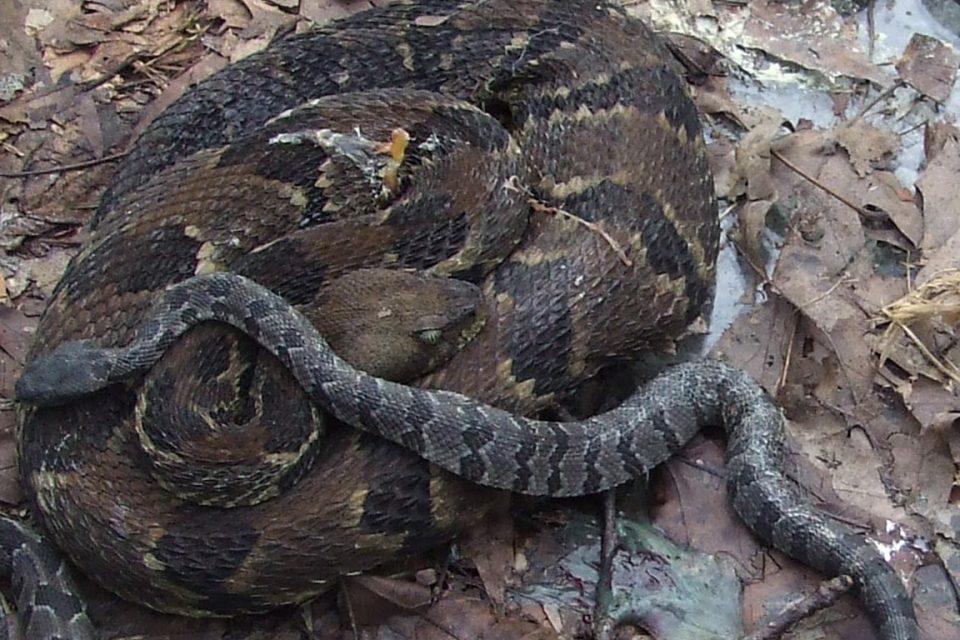 Surface coal mining in the Appalachian region of the United States is degrading habitats and impacting biodiversity through mountaintop removal.

Researchers from the University of Kentucky conducted a study examining how mountaintop and ridgeline removal will impact native timber rattlesnakes and other diverse species of plants and animals that call the area home.

The study was published in the journal Frontiers in Ecology and the Environment.

The Appalachian region is rich in biodiversity and is one of the most diverse non-tropical ecosystems in the world.

Thousands of species can be found in the Appalachians and surface coal mining poses a serious risk to local habitats and animals that like to hibernate in mining areas. The gentle timber rattlesnake is one such animal.

Surface coal mining involves the complete removal of forest cover and topsoil, and the mountain is effectively flattened to make mining easier.

For the study, the researchers implanted radio transmitters in timber rattlesnakes that lived along the Cumberland Plateau and tracked the snakes’ movements to make note of hibernacula or hibernation sites.

“Snakes of the eastern U.S. vary in their hibernacula selection behavior, and for many species, not much is known about hibernacula preferences,” said Thomas Maigret, the lead author of the study. “For example, many aquatic snakes prefer damp hibernacula near the streams where they reside during the summer. But for other species, any warm, protected crevice they can fit into seems to suffice.”

“Other species with habitat preferences similar to timber rattlesnakes – including some snakes – may also be affected disproportionately by mining,” said Maigret. “On the other hand, species associated with middle or lower slopes will not be affected by mining to the same extent.”

Surface coal mining operations are not required to reforest an area after the mining is complete as part of the Surface Mining Control and Reclamation Act of 1977. As a result, forests and biodiversity are not able to easily recover after surface mining and mountaintop removal.

Still, Maigret says that timber rattlesnakes are incredibly resilient and adaptable, which provides some hope that their populations will not face serious declines near mining areas.