Suspicion of science: Why do many Americans deny scientific facts? • Earth.com 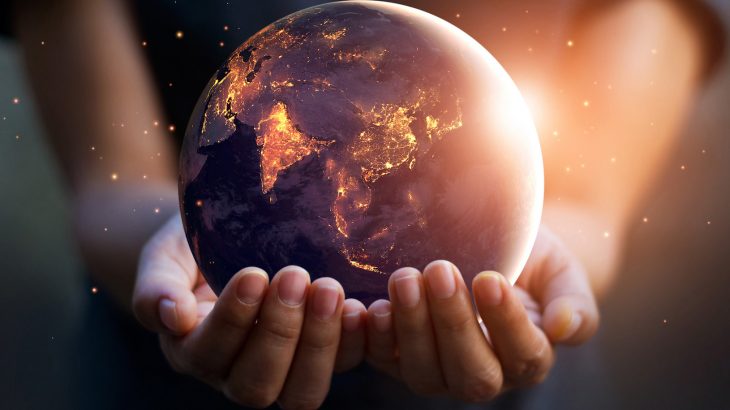 Suspicion of science: Why do many Americans deny scientific facts?

Science is not simply a collection of facts and theories.  Science is instead a philosophical framework used to examine the observable universe.  Science isn’t gravity or evolutionary theory or climate change. Science is what you learned about in high school or college as the ‘scientific method’.

The basics of the scientific method are simple, straightforward and relatively intuitive.  You observe something, come up with a hypothesis to explain what you see and then you test that hypothesis.  In science there are virtually no real laws, just hypotheses that have been tested thoroughly enough to become theory.

A theory is something that’s been rigorously tested, which is why popular statements on evolution being ‘only’ a theory are ludicrous.  It’s only a theory that microscopic organisms make us sick but that doesn’t mean we don’t use vaccines… except that is a growing trend.

A paper in the journal Cureus states that vaccination rates of 96 to 99% in a population are necessary to maintain herd immunity.  This means that even if you get vaccinated, that protection could be overrun by constant exposure to a disease if others aren’t vaccinated around you.  Despite this, there’s a growing trend among parents in western countries of refusal to vaccinate their children. Denial of the usefulness of vaccines seems to come from people who’ve never experienced a world or place without vaccines.  It’s hard to imagine people in Africa refusing to vaccinate their children to save their lives. Overall, the rejection of vaccinations is part of a growing denial of science-based facts in the US and other western nations.

The Denver Post reported in November on the Flat Earth International Conference held in Denver.  The conference was held in November with tickets ranging from $199 to $349 each. The conference is estimated to have been attended by 4-500 people, slightly surpassing numbers of the first conference held in North Carolina that was attended by 400 people.  A billboard advertising the conference seemed to capitalize on the frenzy around ‘fake’ news by showing a picture of the earth with a large red ‘fake’ stamped over it.

Ironically, the Live Science reported that despite not believing the Earth is round, the Flat Earth Society says it believes in climate change, citing the overwhelming scientific evidence.  The society claims that science actually supports a flat earth model with the Sun, Moon and stars moving around a stationary and flat earth. Most people take the ideas handed to them and don’t test them personally but it is actually possible to measure the curvature of the earth yourself as did the ancient Greeks.  The problem isn’t with a denial of the methods of science but a refusal to trust experts who have used these methods.

Pew Research Center reported in February of last year that only 66% of Americans have the impression that scientists are in agreement over evolutionary theory despite the fact that about 98% of them support evolution.  Only 33% of Americans polled believe that humans and other organisms evolved solely due to natural processes. What scientific theories or consensuses you agree with may have less to do with the facts, or the actual scientific process and more to do with religion and politics.

The Pew Research poll found that 57% of evangelical Christians completely denied biological evolution, likewise about half of Mormons and three-quarters of Jehovah’s Witnesses also deny evolution.  69% of Republicans think the problem of climate change is exaggerated while only 4% of Democrats believe that.  Donald Trump called climate change a hoax and pointed to the weather being cold as his proof.  Religious texts such as the bible tend to explicitly say God created humans directly, with no mention of evolution.  The problem is a reliance upon authority rather than personal observation.

The issue made worse because things like climate change and evolution or even the shape of the Earth are fairly hard to observe for the average individual with no scientific background or tools.  The Atlantic reported back in 2015 that 79% of people surveyed believe that science makes life easier for most people.  It’s easy to believe that your car made by thousands of scientific innovations makes it easier to move quickly from place to place.  It’s easy to believe that medical science allowed your grandfather to live into his nineties or makes the choice on whether to have one child or five much easier.

Technology is easy to understand because we deal with it daily and more people have probably observed their phones for long periods each day than the animals in their backyard or the climate they live in.  Besides this, we often dismiss out of hand the evidence we have available.

BBC reported that we don’t actually live in so-called echo chambers but actually form our identities around what we believe.  People exposed to differing political opinions sometimes become even more entrenched in their political ‘brand’ or their beliefs stay roughly the same.  The story is an old one and some anthropologists have hypothesized that humans form ‘tribes’ within a bigger society to cope with a new world where we contact strangers all the time.

We evolved in small tribal groups where we knew everyone, forming a sub-group with its own strange norms helps people feel more part of their own tribe.  Of course, acceptance of that idea is based on how you feel about evolution to begin with. The best way to combat ignorance is to question yourself with honesty and try to form a new identity as a critical thinker, not a Democrat, Republican, Christian or Atheist.

Remember, science is a method and it’s a method anyone can use to look at the world or examine facts.  We live in a world where it’s easier than ever to access information, even statistics classes can be found free online.  If you have any doubts, the truth, is out there.