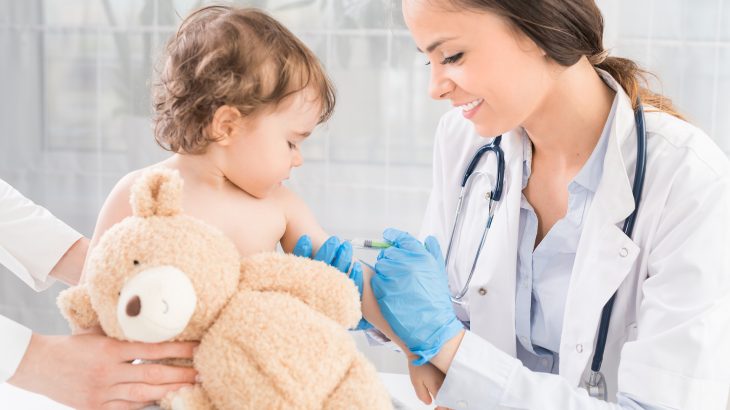 Despite having been disproven by several studies, many parents still believe that vaccines, like that for the measles, mumps, and rubella (MMR), can cause autism in children. Because of this, previously eradicated diseases are reappearing within modern society.

One study found that measles diagnoses in Europe are increasing, however, measles vaccination rates are dropping. A team led by Ruth Kutalek, Ph.D., of the Medical University of Vienna, conducted 44 interviews with public health experts, vaccine hesitant professionals, and vaccine hesitant parents in Vienna, Austria.

The team found that the main reason parents decide not to vaccinate their children is that they believe measles does not pose a large enough threat and that complications from the illness are often exaggerated. They also worry about the side effects that may damage their child’s immature immune system. This hesitancy is often spread throughout society by uninformed citizens who have been influenced by anti-vaccine campaigns.

Furthermore, most of those interviewed felt they could not trust the scientific information backing up the importance of vaccines, and they believed there isn’t enough information available about the long-term effects of early-childhood vaccinations.

This heightened fear surrounding vaccinations has posed a challenge for the medical community. A team from the Vienna Vaccine Safety Initiative has developed several digital tools to help bridge the communication gap between doctors and patients regarding vaccine facts and safety. For example, VaccApp helps parents better understand the vaccinations given to their children. The ViVI Score helps health care providers determine the severity of flu-like illnesses in children and adults. And the VACC Tool helps identify unfavorable events at the point of care, whereas the ViVI health survey was developed to assess the needs of vulnerable populations after evacuations from their homeland.

The latter technology has already proved to be necessary. Winifred Ekezie, MPH, University of Nottingham, studied the occurrence of infectious diseases, vaccine coverage and vaccine management perceptions among internally displaced persons (IDPs) in Nigeria. What Ekezie and her team found was that malaria, typhoid, diarrhea and cough affected the majority of ill IDPs. 60% of the IDPs received vaccinations, with 15% receiving them within their camps. However, most didn’t know which vaccines they had received, nor did they understand vaccine guidelines or who was in charge of distributing vaccines. Some camps didn’t even have health care providers or on-site vaccinations.

“Proactive healthcare interventions, especially vaccination provision and communication, are required in any displacement conditions,” Ekezie said. “This approach would help minimize the risks of infection spreading disease to the general population.”

The goal is to provide as much information as possible to parents and adults who contemplate the safety of vaccinations. Hopefully, with the right education, previously eradicated illnesses will once again disappear from the map.