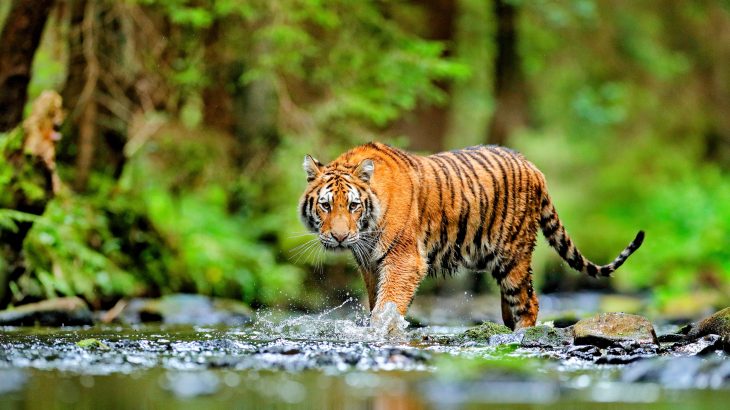 Crop and timber production are two of the biggest drivers of declining wildlife populations, and collectively contribute 40 percent of the overall extinction risk of mammals, birds, and amphibians.

Sustainable crop and timber production could greatly reduce terrestrial species extinctions, according to a new report from the International Union for the Conservation of Nature (IUCN).

For the investigation, the researchers used a new metric that allows businesses and governments to assess their potential contributions to global species extinction risk. The tool can be used to calculate regional or national targets.

The work was led by the IUCN Species Survival Commission’s Post-2020 Taskforce, a collaboration of scientists from 54 institutions in 21 countries around the world.

“For years, a major impediment to engaging companies, governments and others in biodiversity conservation has been the inability to measure the impact of their efforts,” said IUCN Director General Dr. Bruno Oberle.

“By quantifying their contributions, the new STAR metric can bring all these actors together around the common objective of preserving the diversity of life on Earth. We need concerted global action to safeguard the world’s biodiversity, and with it our own safety and well-being.”

The study authors applied the new Species Threat Abatement and Restoration (STAR) metric to all groups of terrestrial vertebrate species that are on the IUCN Red List of Threatened Species.

STAR can also be used to calculate the benefits of restoration. According to the study, restoring the habitat of endangered species could reduce their global extinction risk by 56 percent.

“We are in the midst of a biodiversity crisis and resources are limited, but our study shows that extinction risk is concentrated in relatively small areas with greater numbers of highly threatened species,” said study lead author Louise Mair of Newcastle University.

“The STAR methodology allows us to consistently measure where and how conservation and restoration could have the biggest impact.”

“At the same time, our analysis shows that threats to species are omnipresent, and that action to stem the loss of life on Earth must happen in all countries without exception.”