T-rex tongues were anchored to the bottom of their mouths • Earth.com 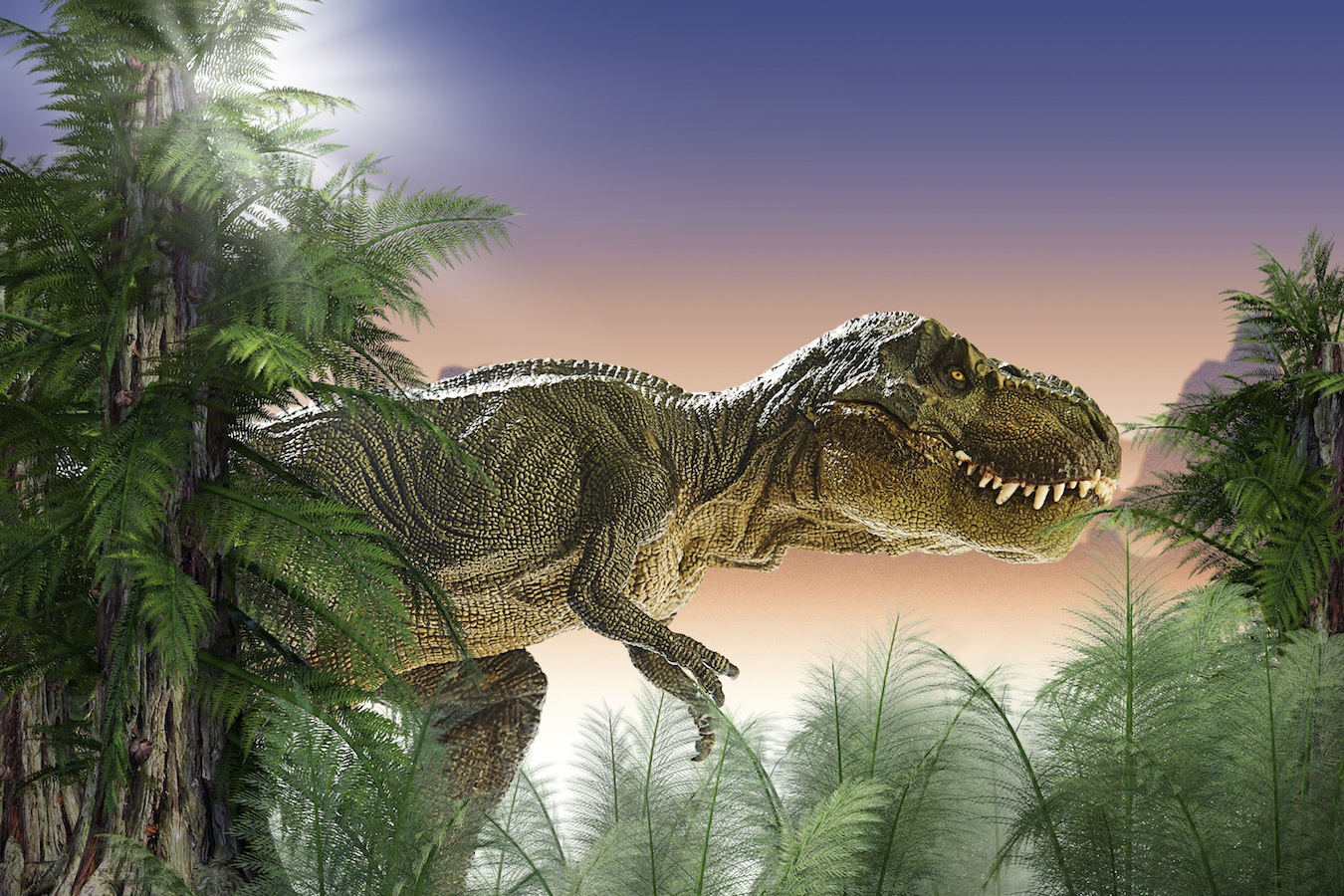 T-rex tongues were anchored to the bottom of their mouths

Nothing has quite captured our fascination for the age of the dinosaurs like the T-Rex.

When you think about Tyrannosaurus Rex, you probably conjure an image of a fierce, huge predator with rows of razor-sharp teeth.

But a new study has found that even though popular culture tends to depict dinosaurs with long lizard-like tongues that can lash out, this wouldn’t have been possible for the T-Rex.

New fossil evidence shows that T-Rex tongues were rooted to the bottoms of their mouths, similar to alligators.

The study was conducted by researchers from the University of Texas at Austin and the Chinese Academy of Sciences and published in the journal PLOS ONE.

By examining the hyoid bones, the bones that support the tongue, of extinct dinosaurs and comparing them to modern birds and alligators, the researchers found that T-Rex tongues and hyoid bones would not have allowed for much movement.

It’s well known that birds are the closest living relative of the dinosaur, and so bird bones can shed insight about the evolution from dinosaurs to a diverse group of feathered and winged species capable of flight.

“Tongues are often overlooked. But, they offer key insights into the lifestyles of extinct animals,” said Zhiheng Li, the study’s lead author.

The researchers took high-resolution images of the hyoid muscles and bones from three alligators and 13 different species of bird and compared these to fossils of pterosaurs and Tyrannosaurus Rex.

Even though dinosaurs in movies and TV are often made to look like giant reptiles with the slithering tongue to match, the study shows that current T-Rex and dinosaurs reconstructions are inaccurate.

“They’ve been reconstructed the wrong way for a long time,” said  Julia Clarke, a co-author of the study. “In most extinct dinosaurs their tongue bones are very short. And in crocodilians with similarly short hyoid bones, the tongue is totally fixed to the floor of the mouth.”

The study also links tongue mobility and diversity to the evolution of flight in birds because pterosaurs and modern birds today have such a wide range of hyoid bone shapes.

As birds evolved, they had to adjust to losing hands and arms in place of wings, and tongues could have evolved as a way to compensate for this loss in agility.

“If you can’t use a hand to manipulate prey, the tongue may become much more important to manipulate food,” said Li. “That is one of the hypotheses that we put forward.”

Tongues and hyoid bones can tell reveal a lot about a species beyond just correcting a long-standing assumption of what dinosaurs looked like and how they moved. The research could aid in future studies that aim to better understand the evolution of birds.