Tail feathers show that sometimes, it's all about survival of the sexiest • Earth.com 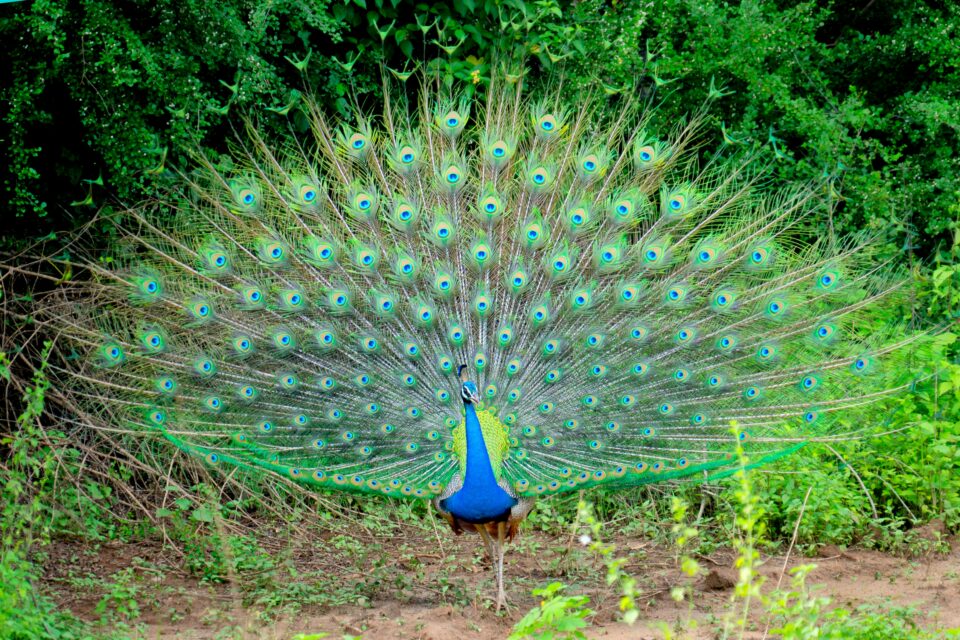 The balance between natural and sexual selection in evolutionary processes has intrigued scientists even since Darwin. These experts have pondered why some animals such as the peacock, with its luxurious tail feathers, develop traits that make them more visible to predators and less able to flee.

The fossil was discovered in northeastern China, in the 120-million-old deposits of the Jehol Biota. Researchers named the bird Yuanchuavis, after Yuanchu, a famous bird from Chinese mythology. Yuanchuavis was the size of a bluejay, but had a very unusual tail.

“We’ve never seen this combination of different kinds of tail feathers before in a fossil bird,” said co-author Jingmai O’Connor, a paleontologist at the Field Museum in Chicago. “It had a fan of short feathers at the base and then two extremely long plumes. The long feathers were dominated by the central spine, called the rachis, and then plumed at the end. The combination of a short tail fan with two long feathers is called a pintail, we see it in some modern birds like sunbirds and quetzals.”

According to O’Connor and his colleagues, this peculiar tail shows evidence of sexual selection processes at play in birds from a very old prehistorical period. As first author Wang Min, a researcher at the Chinese Academy of Sciences, explained, “this new discovery vividly demonstrates how the interplay between natural and sexual selections shaped birds’ tails from their earliest history.”

Whereas the short tail fan was aerodynamically functional, helping the bird to fly properly, the elongated feathers were most likely used for display, with the sole function of attracting potential mates.

“Scientists call a trait like a big fancy tail an ‘honest signal,’ because it is detrimental, so if an animal with it is able to survive with that handicap, that’s a sign that it’s really fit,” explained O’Connor. “A female bird would look at a male with goofily burdensome tail feathers and think, ‘Dang, if he’s able to survive even with such a ridiculous tail, he must have really good genes.’”