Temperate trees will soon lose their leaves earlier in the season • Earth.com 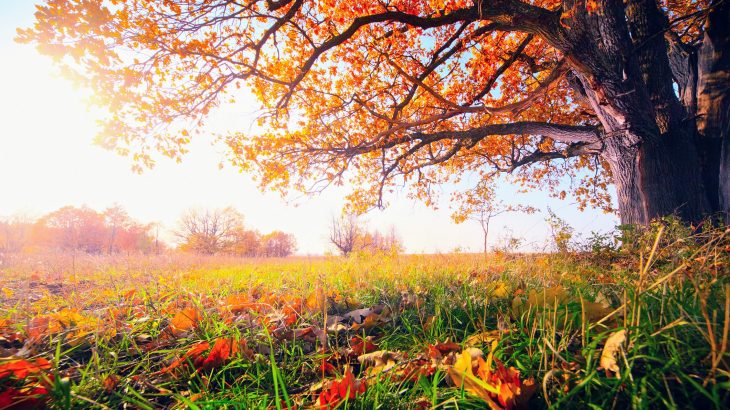 Temperate trees will soon lose their leaves earlier in the season

In recent decades, global warming has caused temperate trees to cling onto their leaves later and later in the year. Scientists have predicted that an increase in the length of the growing season could help to slow down further climate change.

But now, this trend is starting to change. According to a new study from AAAS, as temperate trees capture more carbon dioxide from the atmosphere and become more productive, trees will actually lose their leaves earlier in the season instead of later.

The research adds to a growing collection of evidence that plant growth is limited by the ability of tree tissues to use and store carbon. While changes in the length of the growing seasons greatly affect global carbon balance, future trajectories remain highly uncertain. This is mainly because the external drivers of leaf senescence are not very well understood.

Autumn leaf-shedding occurs in temperate trees at the end of the growing season in response to environmental stressors, such as freezing temperatures. A common assumption is that a warmer climate would increase carbon capture, as well as photosynthesis, and allow leaves to persist until later in the fall.

However, the role of photosynthesis in the timing of the aging of leaves has not been widely tested in trees. To investigate, a team of researchers led by Deborah Zani used long-term observations from dominant Central European tree species from 1948 to 2015. The experts also designed experiments to modify the carbon uptake of temperate  trees to analyze how this may affect senescence.

The analysis revealed that increased productivity during the growing season due to elevated carbon dioxide, temperature, or sunlight levels can lead to earlier leaf senescence. According to the researchers, this is likely because roots and wood cease to use or store leaf-captured carbon at some point, which makes leaves costly to keep.

The study authors said the results substantially lower their expectations of the extent to which longer growing seasons will increase seasonal carbon uptake in forests, though the universality of this pattern in other forest types remains unknown.