Texting can be a pain in the neck, literally • Earth.com 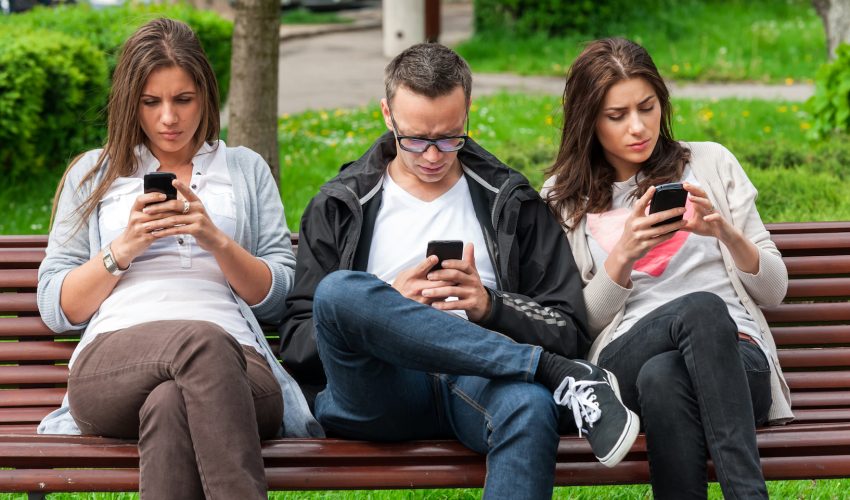 Texting can be a pain in the neck, literally

Young patients are experiencing back and neck problems from texting, according to researchers at Cedars-Sinai Medical Center in Los Angeles, Reuters said.

Looking down while texting puts extra pressure on the spine, the news agency reported

“In an X-ray, the neck typically curves backward, and what we’re seeing is that the curve is being reversed as people look down at their phones for hours each day,”  study coauthor Dr. Todd Lanman, a spinal neurosurgeon at Cedars-Sinai, told Reuters. “By the time patients get to me, they’re already in bad pain and have disc issues.”

The long-term impact of texting is unknown, Lanman added.

“For today’s users, will an 8-year-old need surgery at age 28?” Lanman asked. “In kids who have spines that are still growing and not developed, we’re not sure what to expect or if this could change normal anatomies.”

The researchers suggest holding cell phones in front of the face, or near eye level, while texting, the story said.

However, raising a phone to eye level could then lead to shoulder problems, said Gwanseob Shin of the Ulsan National Institute of Science and Technology Ergonomics Lab in South Korea, who wasn’t involved with the study, Reuters reported.

“A more practical recommendation would be frequent rest breaks or some physical exercise that can strengthen the neck and shoulder muscles,” Shin said.

Lanman recommends stretches and basic exercises that focus on posture. He tells patients to lie on their beds and hang their heads over the edge, extending the neck backward to restore the normal arc in the neck, Reuters said.