Study: Thank you notes make both the sender and receiver happy • Earth.com 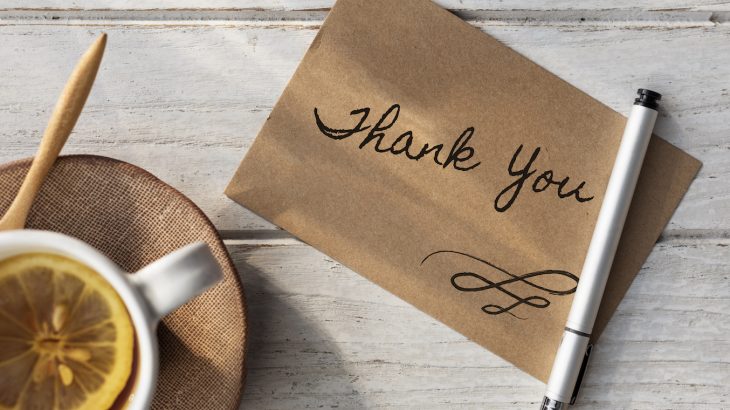 Study: Thank you notes make both the sender and receiver happy

Thank you notes are one of the requirements of polite etiquette but actually getting around to writing them is often regarded as a chore.

While some consider letter writing to be a dying art, new research shows that the simple act of writing a thank you note it can be beneficial both to the recipient and the writer.

Researchers from the University of Texas conducted several experiments asking participants to write thank you letters to see how people perceive their own writing and how they think it will be received.

The study was published in the journal Psychological Science.

It turns out, we are likely to get hung up on our own phrasing and worry that our notes will not be received well, when in fact the opposite is true.

The researchers found that writing someone a note thanking them for doing something nice had a positive effect on both the writer and the reader.

In the experiments, letter writers had a tendency to overestimate the way recipients would feel saying that they would feel much more awkward about getting a thank you note than they did.

The letter writers also underestimated how positive and surprised the recipients would be about getting the note.

“What we saw is that it only takes a couple of minutes to compose letters like these, thoughtful ones and sincere ones,” said Amit Kumar, the study’s lead author. “It comes at little cost, but the benefits are larger than people expect.”

The experiments showed that anxiety and worry about getting the phrasing right affected the letter writers.

“When we’re thinking about ourselves, we tend to think about how competent we are — are we going to be articulate in how we’re expressing gratitude,” said Kumar.

The results of the study show that people are genuinely surprised and pleased when they receive unexpected thank you notes, and the benefits to both writer and recipient dictate that we should all engage in writing thank you letters more often.