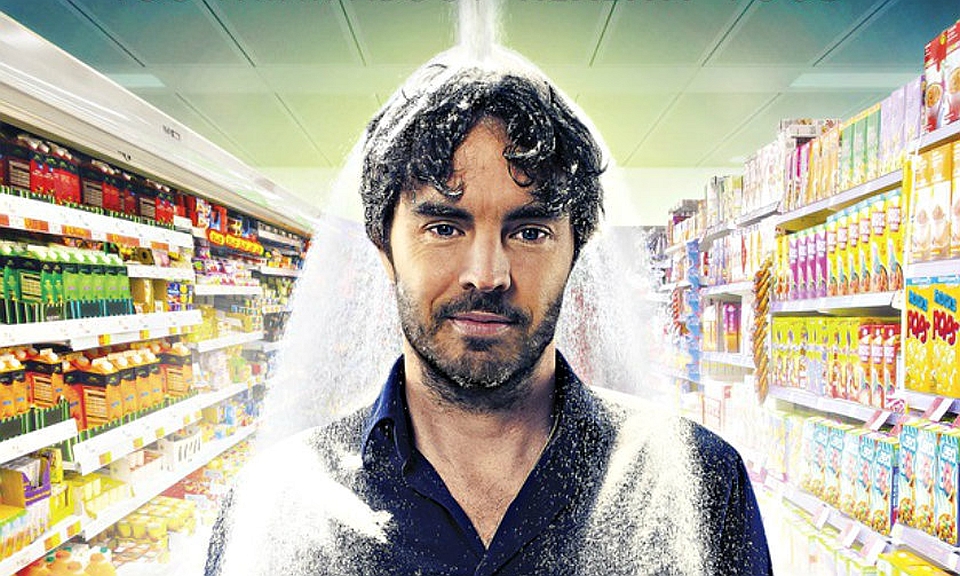 That Sugar Film reveals the hidden impact of sugar consumption

That Sugar Film by Damon Gameau gives viewers a “Super-Size Me” look at sugar and the sugar industry’s role on our health. Gameau follows in Morgan Spurlock’s footsteps as he embarks on a two month mission to consume forty teaspoons of sugar everyday, roughly the national average in Australia, after three years of maintaining a diet that excludes all refined sugars.

Notably, his sugar intake (mainly sucrose and fructose) had to be consumed in foods that were understood to be part of a healthy balanced diet, his forty teaspoons could not be consumed through candy or any obvious offensors giving the film a compelling twist.

Gameau really dives in on two ideas: much more sugar is hidden in our everyday diets than we think and the sugar industry, primarily soft drink megacorporations, are responsible for the ambiguity around the dangers of a diet high in sugar. He illustrates the former with scenes like showing how an average breakfast of granola, yogurt, and apple juice is a trojan horse for the sweet white stuff historically reserved as treat (until the beginning of the 20th century Hugh Jackman recounts at the beginning of the film in full The Greatest Showman fashion). The breakfast most would deem as wholesome actually weighs in at harboring 20 teaspoons of sugar, half of Gameau’s daily allowance in just his first meal of the day.

The latter idea is painfully shared through a visit to eastern Kentucky’s appalachian region to film a 17-year-old boy’s attempt to get his rotten teeth removed by a philanthropic dentist on wheels. The severe decay was caused by daily 12-packs of Mountain Dew throughout his childhood. This scene is truly tough to watch in its entirety; from the mouth filled with decomposed teeth to the attempted extractions with only local anesthetics which don’t work due to a lingering mouth infection from the decay, it is hard to believe anyone could do that to their child let alone themselves.

Shockingly, the boy walks away from his failed procedure with the same commitment to Mountain Dew as he grew up with. It’s no surprise then when the dentist shares that cases like this are quite common in the region and although he received funding from Pepsi for his mobile dental office, the company refused to give funding that could prevent similar cases through education on healthier choices. “Mountain Dew Mouth” prevails.

It’s also no surprise when Gameau’s weight, mood, and body take a turn for the worse after his experiment with sugar. Although he doesn’t make any points that would be new to audiences with any interest in dietary health, he does a good job of making an obviously bitter topic quite entertaining.

From fun cameos to creative filming and editing, That Sugar Film is a great choice for parents and teachers looking to maintain attention or add some color to their lessons in making healthier food choices and really taking a detailed look at nutrition labels. Perhaps the real success for Gameau is not uncovering any remarkable revelations but that this documentary will leave you wanting to empty out your kitchen of any items loaded with sugar and even inspire you to delve further into how and why we’ve allowed companies to permeate grocery store shelves so thoroughly with products that unnecessarily contain high amounts of the potentially dangerous substance.