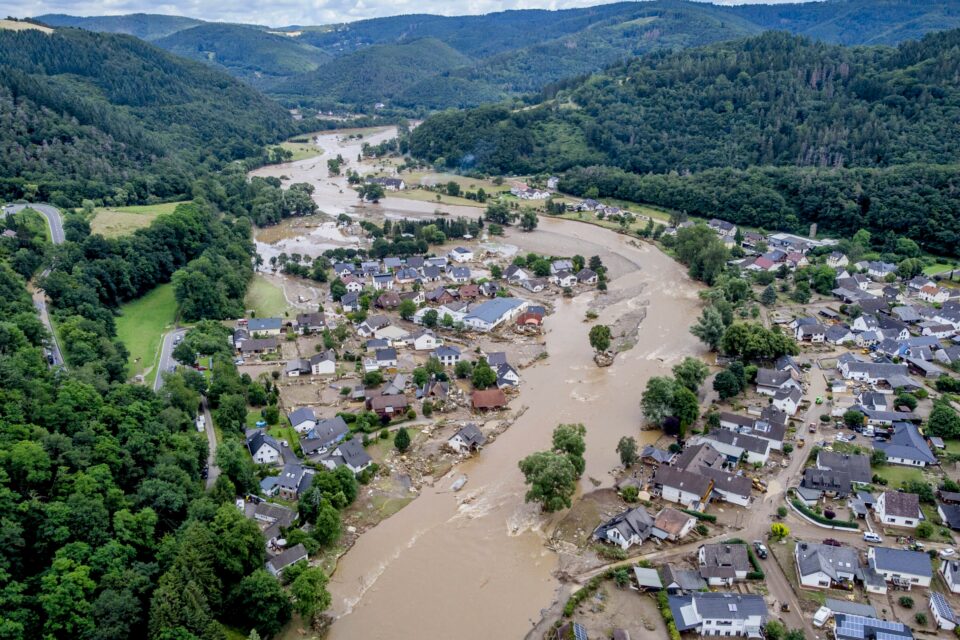 On the 14th of July, an amount of rain that usually would’ve fallen over several months came pouring down in the Eifel region of Germany, causing massive flooding. The extreme precipitation event was far more destructive than scientific models predicted, leading climate scientists at the Helmholtz Centre Potsdam to ask new questions.

“As climate change continues, we may encounter precipitation events like the one on 14 July 2021 quite frequently,” explained Dr. Michael Dietze, lead researcher on a paper published in the journal Science.

“Therefore, research must now begin to understand precipitation-induced floods not only as a phenomenon of too much fast-flowing water. We also have to include the associated self-reinforcing effects, some of which are also favored by climate change.”

As climate change continues to intensify, extreme precipitation events are going to become more common, making it all the more important to understand them. In advance of the flood, scientists set up seismic measuring devices, in order to measure ground movement during rain and potentially flooding. Unfortunately, these seismic stations themselves were flooded and lost in short order.

The soil quickly filled up with water. Since the soil had lost its capacity to absorb more water, the flooding moved over the land hundreds of times faster than usual. This, in turn, led to flash flooding across the valleys.

The water tore across the land, unleashing erosive powers – digging channels, carrying debris to catch on bridges. A dam quickly eroded, threatening a breach that never quite happened.

The Steinbach Dam holds back 1.2 million cubic meters of water. By evening on July 14, the dam was flooded knee-deep over a width of 150 meters, according to the study authors. If the dam would have breached, this would have caused massive destruction of the communities downstream.

In an effort to understand what happened more clearly after the flood, the scientists created a 3D model. This model is useful in understanding how the landscape changed in response to the flood and will hopefully help people to more effectively prepare for extreme precipitation events in the future