The greening effects of CO2 emissions are reaching their limit • Earth.com 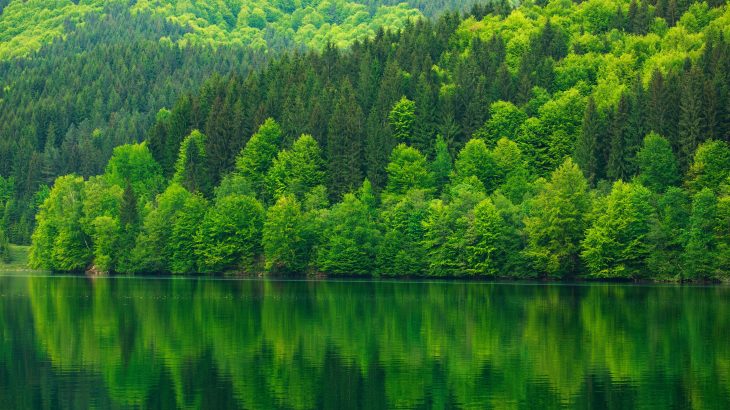 The greening effects of CO2 emissions are reaching their limit

The carbon fertilization effects that boost plant photosynthesis are slowing down as plants reach their greening limits, which means they will no longer be able to absorb as much atmospheric CO2.

Carbon uptake by plants is primarily influenced by the availability of water and nutrients. According to an international team of researchers, this uptake process has progressively declined by 50 percent since 1982.

“There is no mystery about the formula, plants need CO2, water and nutrients in order to grow. However much the CO2 increases, if the nutrients and water do not increase in parallel, the plants will not be able to take advantage of the increase in this gas,” explained study co-lead author Professor Josep Peñuelas of the Spanish National Research Council (CSIC).

Last year, experts at Boston University reported that Earth increased its green leaf area by a total of five percent over the last two decades. This increase in greening is equivalent to the size of the entire Amazon rainforest.

Three years ago, however, Professor Peñuelas warned that the fertilizing effect of CO2 would not last forever. In a study published in the journal Nature Ecology and Evolution, he explained that plants cannot grow indefinitely because there are other factors that limit this growth.

As the fertilizing capacity of CO2 continues to decline, the effects on the carbon cycle and on the climate will intensify. Plants and trees sequester massive amounts of CO2 from the air that would otherwise be released into the atmosphere, where carbon dioxide and other greenhouse gases trap heat that accelerates global warming.

“These unprecedented results indicate that the absorption of carbon by vegetation is beginning to become saturated. This has very important climate implications that must be taken into account in possible climate change mitigation strategies and policies at the global level,” explained Professor Peñuelas. “Nature’s capacity to sequester carbon is decreasing and with it society’s dependence on future strategies to curb greenhouse gas emissions is increasing.”

The study was focused on atmospheric, ecosystem, and satellite records, including data from sensors that use near-infrared and fluorescence to measure vegetation growth activity. In particular, the researchers analyzed hundreds of forests that have been surveyed over the last 40 years.

According to the results, a lack of water and nutrients are the two major factors that reduce the fertilization capacity of CO2.

“These data show that concentrations of essential nutrients in the leaves, such as nitrogen and phosphorus, have also progressively decreased since 1990,” said study first author Songhan Wang.

The experts determined that water availability and temporal changes in water supply also have a major influence on how plants respond to their environment.

“We have found that plants slow down their growth, not only in times of drought, but also when there are changes in the seasonality of rainfall, which is increasingly happening with climate change,” explained study co-author Yongguan Zhang.