The sea level rose by 18 meters after the last ice age • Earth.com 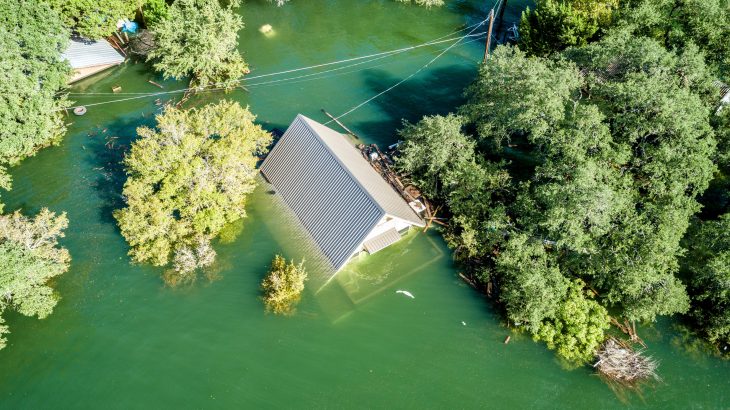 In the past, melting ice sheets pushed up the sea level by as much as 18 meters, according to a new study led by Durham University. The experts found that the sea level rose by about 6 meters per century during past warming events.

The research provides new insight into the potential consequences of climate change, especially if it continues at the current rate without mitigation.

The team analyzed geological records of past ocean levels to determine which ice sheets were responsible for rapid sea-level rise. The investigation revealed that at the end of the last ice age around 14,600 years ago, the sea level rose at ten times the current rate due to Meltwater Pulse 1A (MWP-1A).

Prior to this analysis, it was widely believed that the Antarctic Ice Sheet was responsible for rapid sea-level rise at the end of the last ice age. The new study shows that most of the meltwater appears to have originated from the former North American and Eurasian ice sheets, with minimal contribution from Antarctica.

“Despite being identified over 30 years ago, it has been surprisingly challenging to determine which ice sheet was the major contributor to this dramatic rise in sea levels,” said study lead author Yucheng Lin.

“Previously, scientists tried to work out the source of the sea-level rise based on sea-level data from the tropics, but the majority of those studies disagreed with geological records of ice sheet change.”

“Our study includes novel information from lakes around the coast of Scotland that were isolated from the ocean due to land uplift following the retreat of the British Ice Sheet, allowing us to confidently identify the meltwater sources.”

The freshwater that dumped into the ocean was comparable to melting an ice sheet twice the size of Greenland in only 500 years. The event disrupted ocean circulation, which in turn modified the climate.

Now that experts know the source of the meltwater, they can improve the accuracy of climate models that are used to predict future changes based on the past. The findings are particularly important with the rapid retreat of the Greenland ice sheet.

“The technique we have used allows us to really dig into the error bars on the data and explore which ice-melt scenarios were most likely,” explained study co-author Dr. Pippa Whitehouse.

“We found that most of the rapid sea-level rise was due to ice sheet melt across North America and Scandinavia, with a surprisingly small contribution from Antarctica.

“The next big question is to work out what triggered the ice melt, and what impact the massive influx of meltwater had on ocean currents in the North Atlantic. This is very much on our minds today – any disruption to the Gulf Stream, for example due to melting of the Greenland Ice Sheet, will have significant consequences for the UK climate.”