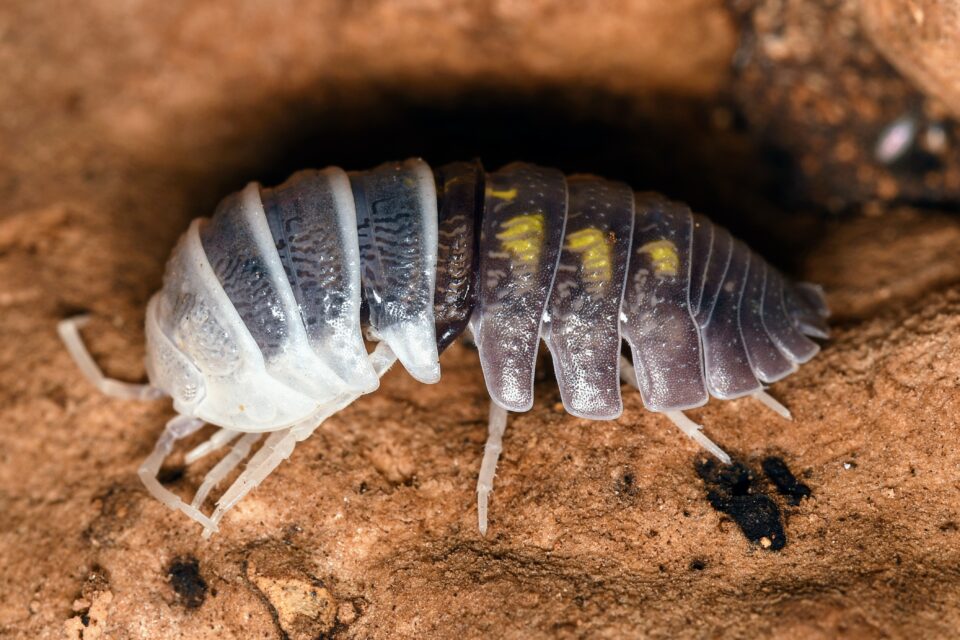 The secret love lives of woodlice

Woodlice, known to scientists as isopods and to the rest of us by a number of common names including “roly-poly” and “pill bug,” are fascinating creatures that are often overlooked. Despite their commonplace and diminutive appearance, woodlice have life histories that are anything but mundane.

Woodlice live for only a year and mate once during that time. Females dig burrows and males compete for the affection of a female and her digs. After mating, a pair of woodlice live together in the burrow with their 60 to 70 offspring. Both of the parents care for their extensive brood and all members of the family clean and enlarge the burrow.

Typically, males seem to prefer larger females and the larger males tend to overcome smaller competitors and mate with these females. Researchers at the Hebrew University of Jerusalem wondered if a large female with a burrow in a risky area might be less desirable to males.

The scientists observed woodlice mating in two different plots in the Negev Desert, one area near a dangerous Israeli gold scorpion burrow and one a safe distance from scorpions. The researchers found that risky den sites made large males less keen to compete for large females in the area.

“Using this manipulative field experiment, we found that desert isopods under risk of scorpion predation maintained ‘size assortative mating,’ but that males that chose and fought over females were on average smaller for a given female size,” explained Dr. Viraj Tosekar.

Smaller males still often ended up with the worst of both worlds, mating with smaller females near scorpion habitat. Medium-sized males split their choices between medium-sized females in safe areas and larger females in dangerous areas, showing that these were viewed as equally fit.

“This supported our novel hypothesis that the males anticipated the future risk of predation,” noted Torsekar.

Overall, woodlice show a preference for burrows in safe locations, showing they can anticipate danger. Furthermore, the risk of danger can also weigh into how attractive a potential mate is.

The research is published in the journal Ecology.