The Southern Ocean has a strong influence on the carbon cycle • Earth.com 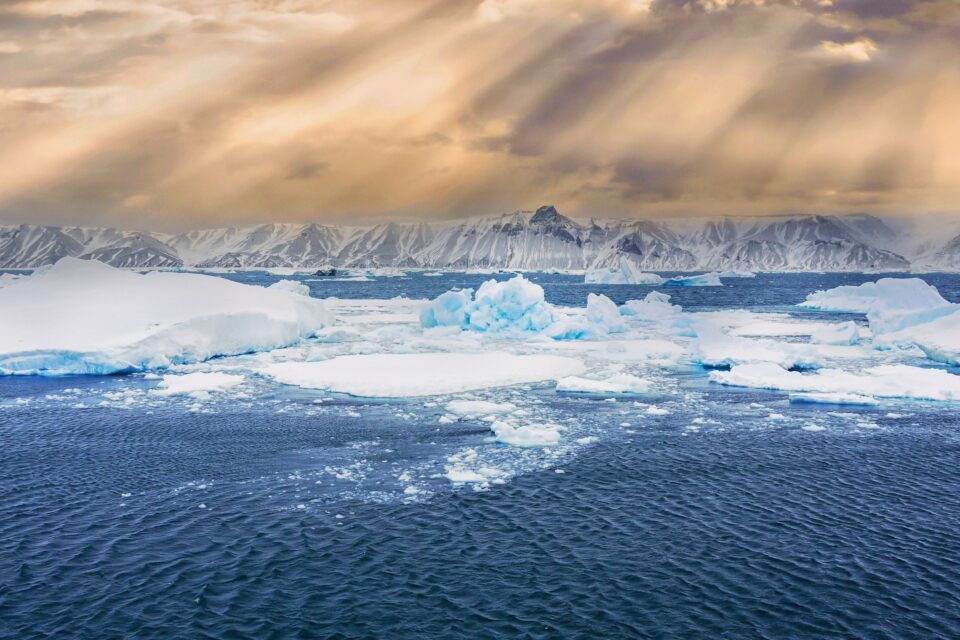 Spread throughout the upper 100 meters of the ocean, microscopic phytoplankton are known to be as important in modifying the planet’s carbon cycle as all the land plants combined. With this in mind, a team of scientists from Stellenbosch University set out to establish whether phytoplanktonic organisms are active in the Southern Ocean during the Antarctic winter months.

Until their study, not much was known about the conditions that characterize the Southern Ocean during the winter, or whether phytoplankton become dormant during this time. The conditions turned out to be very challenging, with sub-zero temperatures and freezing, gale force winds – not to mention the enormous waves that sometimes towered as high as 20 meters.

Under these conditions, oceanic sampling is rarely conducted. Therefore, knowledge about the wintertime activity of the phytoplanktonic organisms has been very limited.

During July and August 2017, a research team from Stellenbosch University’s Center for Trace and Experimental Biogeochemistry (TracEx) conducted the most comprehensive winter study in the Southern Ocean to date.

Sampling was conducted from the South African polar research vessel SA Agulhas II and the trip was funded by the South African National Antarctic Program (SANAP), the Department of Forestry, Fisheries and the Environment (DFFE), and the National Research Foundation (NRF).

The scientists found that phytoplankton are indeed active during the icy cold, dark winter months. Dr Ryan Cloete, a postdoctoral fellow in SU’s Department of Earth Sciences and first author of two recent publications on the topic, says their findings are contrary to the general view that the Southern Ocean is biologically dormant during winter.

“Akin to leaves falling off trees during autumn because of unfavourable growth conditions, the assumption was that phytoplankton would also not be active during the winter. One of our major findings is that phytoplankton are indeed active during winter in the Southern Ocean, although not to the levels we see in summer. How phytoplankton are able to adapt to winter conditions is not well understood, and our research on trace nutrients is the first step in figuring out these adaption strategies,” he explains.

Apart from photosynthesizing, which results in a net intake of carbon dioxide and the production of oxygen into the atmosphere as a by-product, phytoplankton are critical producers in the oceanic food chain. They form food for zooplankton, such as krill, which are then eaten by fish, seals, penguins, whales and other consumers.

Dr. Cloete explained that the winter season in the Southern Ocean is extremely important for setting the biological stage for the spring and summer seasons.

“In winter, strong storms and winds serve to create a more unstable surface layer which penetrates beneath the stable summer surface waters, which are now depleted in nutrients after the growing season. This allows mixing with the nutrient rich waters found in the sub-surface waters,” said Dr. Cloete.

“With the help of increased sunlight hours and calmer seas, this winter pulse of nutrients to the surface helps catalyze and sustain spring and summer phytoplankton blooms which, in turn, attracts whales, dolphins and penguins to the Southern Ocean.”

“Observing winter systems is helping us understand various adaptation and survival strategies of phytoplankton under adverse growth conditions as well as nutrient recharge processes in extreme nutrient depleted surface waters at the end of the summer season. This is extremely important as the Southern Ocean circulation hub dictates that these waters are transported northwards, influencing ocean productivity throughout much of the global low-latitude ocean.”

This global process involves the movement of large volumes of water, via the ocean’s current systems. At the poles, the cold and dense surface seawater sinks to the deep ocean, from where it flows in large ocean currents to eventually return to the surface through mixing and wind-driven upwelling in the warmer latitudes. Scientists call this the great ocean conveyor belt, and it can take water almost a thousand years to complete the journey. The Southern Ocean acts as a central hub whereby inflowing waters are modified and redistributed throughout the global ocean.

The findings are important because they give a more complete picture of the atmosphere-to-ocean carbon transfer cycle over all seasons. Global climate models are currently based predominantly on data from spring and summer seasons, so the addition of data from winter will make models more representative. For scientists, this is a step forward in analysing the sensitivity of this transfer to climate change.

Professor Alakendra Roychoudhury is a specialist in environmental and marine biogeochemistry at SU and head of the TracEx research group. He said that the findings reaffirm the Southern Ocean’s global influence in regulating the climate and the marine food web.

“The earth system is intricately coupled through physical, chemical and biological processes with self-correcting feedback loops to modulate variability and negate climate change,” said Professor Roychoudhury. “Our research is a prime example of this coupling where biochemical processes happening at microscopic level at the interface of water and microorganisms, is influenced by large scale ocean circulation and mixing.”

The study is published in the journal Marine Chemistry.