The U.S. Corn Belt will take a hard hit from climate change • Earth.com 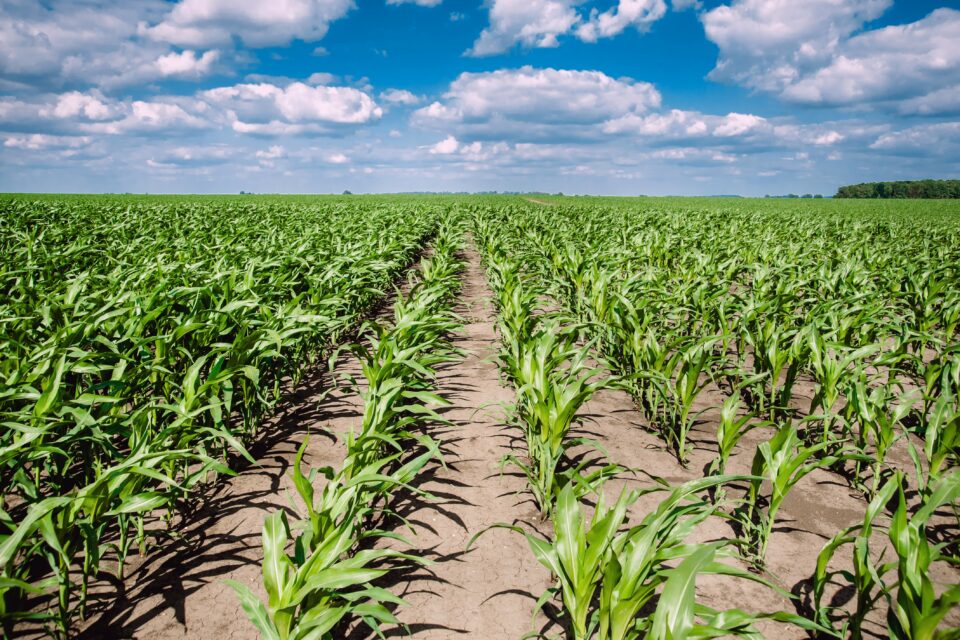 The Corn Belt is a region in the midwestern United States that is dominated by agriculture, including western Indiana, Illinois, Iowa, Missouri, eastern Nebraska, and eastern Kansas. A new study led by Emory University has found that climate change will make the U.S. Corn Belt unsuitable for cultivating corn and other major crops by 2100.

According to the researchers, this transition will be inevitable without major technological advances in agricultural practices, as well as significant diversification beyond the major commodity crops that currently make up the bulk of U.S. agriculture.

“Climate change is happening, and it will continue to shift U.S. cultivation geographies strongly north,” said study author Emily Burchfield, an environmental scientist at Emory. “It’s not enough to simply depend on technological innovations to save the day. Now is the time to envision big shifts in what and how we grow our food to create more sustainable and resilient forms of agriculture.”

Currently, 80 percent of U.S. agricultural lands are cultivated with only five types of crops – alfalfa, corn, hay, soy, and wheat. By drawing upon historical land-use data classifying where these crops are grown, Professor Burchfield developed computational models to project biophysically driven shifts in cultivation to 2100 under low-, moderate-, and high-emissions scenarios. The results revealed that, even under moderate-emissions scenarios, the cultivation geographies of these major crops will all shift strongly north, with the Corn Belt becoming unsuitable to the cultivation of corn by the end of the century.

“These projections may be pessimistic because they don’t account for all of the ways that technology may help farmers adapt and rise to the challenge,” Professor Burchfield said. “But relying on technology alone is a really risky way to approach the problem. If we continue to push against biophysical realities, we will eventually reach ecological collapse.”

In her opinion, a better solution would be for agricultural systems to diversify beyond this handful of major crops. “One of the basic laws of ecology is that more diverse ecosystems are more resilient,” explained Professor Burchfield. “A landscape covered with a single plant is a fragile, brittle landscape. And there is also growing evidence that more diverse agricultural landscapes are more productive.”

“We need to switch from incentivizing intensive cultivation of five or six crops to supporting farmers’ ability to experiment and adopt the crops that work best in their particular landscape. It’s important to begin thinking about how to transition out of our current damaging monoculture paradigm toward systems that are environmentally sustainable, economically viable for farmers, and climate-smart.”