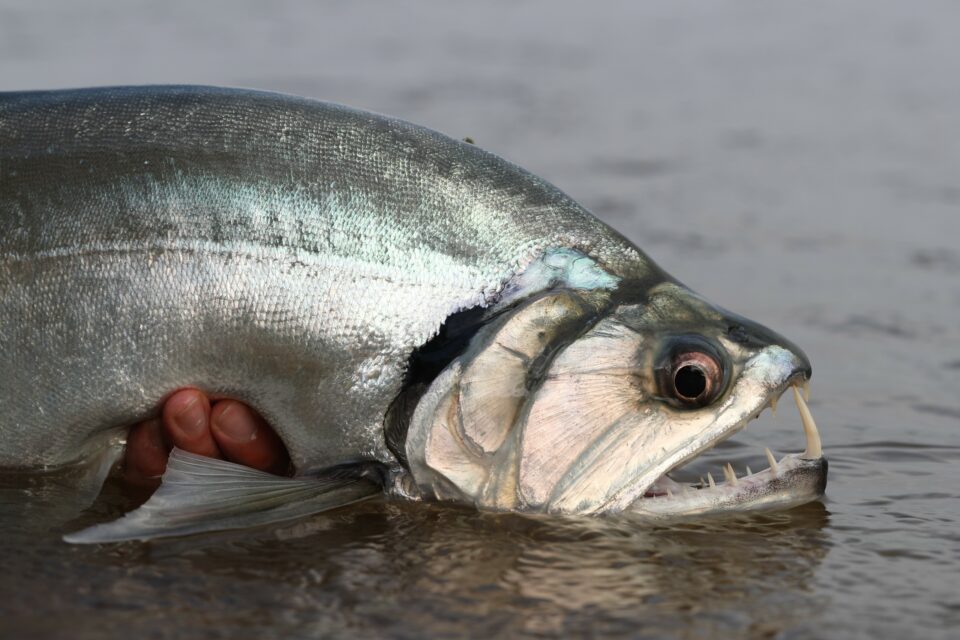 Bodies of water are home to some of the most bizarre creatures that humans have studied, and many more are still yet to be discovered. A prime example of this is the Amazon River basin, which provides a habitat for around 15 percent of all freshwater fish species currently known, with an estimated 40 percent of additional species yet to be named. One of the strangest of these lesser-studied fishes includes the appropriately named “vampire fish,” a member of the catfish subfamily Vandellinae and known locally as “candiru.”

These catfish earned their name for the way they attach themselves to other fish and suck their blood. However, researchers have now discovered that one vampire fish sub-species of the genus Paracanthopoma attaches itself to fish in a very unique way.

The research team conducted a sampling study of freshwater fauna in the Demeni River Basin, located on a left-bank tributary of the Negro River. The study identified candirus that were attached to the bodies of Doras phlyzakion, a species of Amazonian thorny catfish. Across each of the nine catfish that were studied, one or two candirus were found attached close to the lateral bone plates, as opposed to their normal preference of the gills.

Normally, vampire fish use their strong teeth and robust snouts to attach to the epidermis of their host and suck their blood, a process that causes significant damage to the prey. However, macroscopic analysis of the stomach contents of the studied sub-species showed that no blood, flesh, skin, or mucus was present.

“We believe the association between candiru and host, in this case, might be commensalistic, rather than parasitic, because the hosts were not badly harmed, and the candiru apparently derived no food benefit,” explained study lead author Chiara Lubich of the Federal University of Amazonas.

Ultimately, this means that this particular type of vampire fish is much less benign than its relations, which raises the question – why do they attach themselves to the thorny catfish? While the answer to this question is unknown, it could be possible that the attachment presents an opportunity to hide from predators due to their tiny size and transparent appearance.

However, it is also possible that as opposed to hiding from predators, the candirus are instead using the larger catfish as a transportation method to locate new food sources.

The research has been published in the journal Acta Ichthyologica et Piscatoria.