Thecodontosaurus could run fast on its hind legs • Earth.com 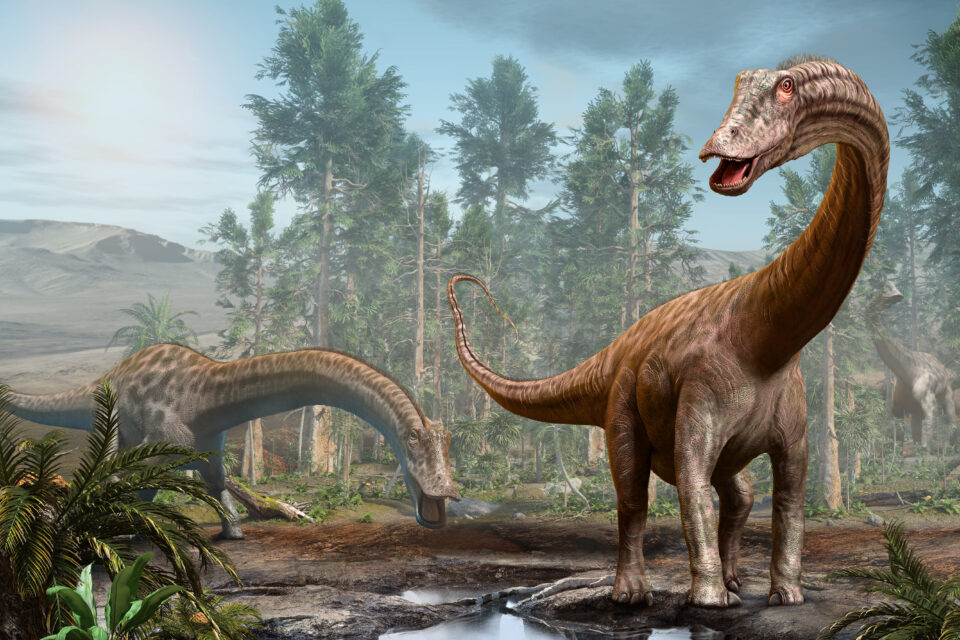 A team of researchers from the University of Bristol has recently reconstructed the limb musculature of Thecodontosaurus antiquus, a wolf-sized Triassic-period dinosaur considered to be an early ancestor of the iconic long-necked, quadruped Diplodocus, and found that this magnificent creature ran on its two back legs and used its shorter forelimbs to grasp food.

“The University of Bristol houses a huge collection of beautifully preserved Thecodontosaurus fossils that were discovered around Bristol,” said study lead author Antonio Ballell, a paleobiologist at this university.

“The amazing thing about these fossilized bones is that many preserve the scars and rugosities that the limb musculature left on them with its attachment.” If they are well-preserved, these features – in tandem with an understanding of the musculature of closely-related, modern animal species – can be used to infer the shape and direction of dinosaur limb muscles, and shed more light on the way such dinosaurs looked and moved.

“In the case of dinosaurs, we have to look at modern crocodilians and birds, that form a group that we call archosaurs, meaning ‘ruling reptiles.’ Dinosaurs are extinct members of this lineage,” said Dr. Ballell. “Due to evolutionary resemblance, we can compare the muscle anatomy in crocodiles and birds and study the scars that they leave on bones to identify and reconstruct the position of those muscles in dinosaurs.”

By employing this methodology, Dr. Ballell and his colleagues inferred the orientation and size of Thecodontosaurus’ limb muscles, and found that this dinosaur was able to run quite fast on its hind legs and likely used its forelimbs not to walk but rather to grasp various objects, such as food items.

These features are surprisingly different from Thecodontosaurus’ giant sauropod relatives such as Diplodocus, who were slow, massive quadrupeds. However, according to the scientists, the muscular anatomy of Thecodontosaurus did show signs of having developed many of the structural features which will allow its descendants to switch to quadrupedalism and reach such colossal dimensions.

“From an evolutionary perspective, our study adds more pieces to the puzzle of how locomotion and posture changed during the evolution of dinosaurs and in the line to the giant sauropods,” said study senior author Michael Benton, a paleontologist at the University of Bristol.

A better understanding the anatomy of dinosaurs such as Thecodontosaurus will likely help scientists clarify how limb muscles modified in the evolution of multi-ton quadrupeds from tiny bipeds. “Reconstructing the limb muscles of Thecodontosaurus gives us new information of the early stages of that important evolutionary transition,” concluded Professor Benton.