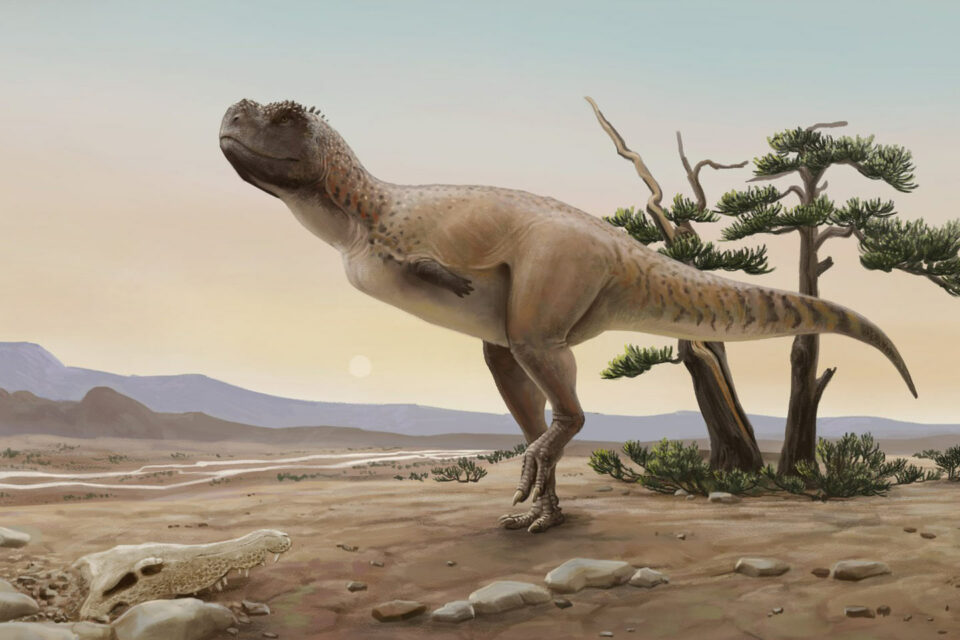 Not long after the discovery of two huge predatory dinosaurs on the Isle of Wight, a team of paleontologists reported that a new species of dinosaur that roamed the territory of present day Brazil 70 million years ago has also been found. The remains of the mid-size predator, measuring about 16 feet, were discovered in Monte Alto, in the state of São Paulo, and belong to the abelisaurid family.

The abelisaurids were a family of therapod dinosaurs, measuring between 16 and 30 feet, that roamed the ancient southern supercontinent Gondwana, comprising today’s Africa, South America, Australia, Antarctica, the Arabic peninsula, and India. With their short stubby arms and huge jaws that they relied on to catch and crush their prey, these dinosaurs resembled Tyrannosaurus Rex. Unlike T-Rex though, they had unusually short skulls with horns, bumps, and crests.

During an excavation in 2002, a team of paleontologists led by Fabiano Vidoi Iori, a researcher at the Museum of Paleontology Pedro Candolo, found an isolated therapod pelvis. Afterward, several other bones were unearthed nearby.

“The bones found were the pelvic bone, three vertebrae, and some that we have not yet identified,” said Iori. “A phylogenetic analysis was done with those (pieces) we identified, which then identified which species the animal belonged to, and also allowed us to see that it was a new animal.”

The paleontologists named the newly discovered dinosaur Kurupi itaata, and argued that, based on its bone structure, it was a medium-sized abelisaurid that was well-adapted to running. “It is possible to infer that in Kurupi such muscles were robust, and could give to the species the ability to cover a large area in search of prey and water in the hostile scenario of the Maastrichtian in the Marília Formation,” explained the study authors.

The scientists believe that this species of dinosaurs lived in an arid environment, which they shared with a large number of Peirosaurid crocodyliforms – dog-like carnivores which populated the Gondwanan landmasses. The discovery of Kurupi itaata marks an important contribution to our knowledge of the Maastrichtian continental fauna of Brazil during the Cretaceous period.

The study was published in the Journal of South American Earth Sciences.