How thermal imaging could help us better prepare for climate change • Earth.com 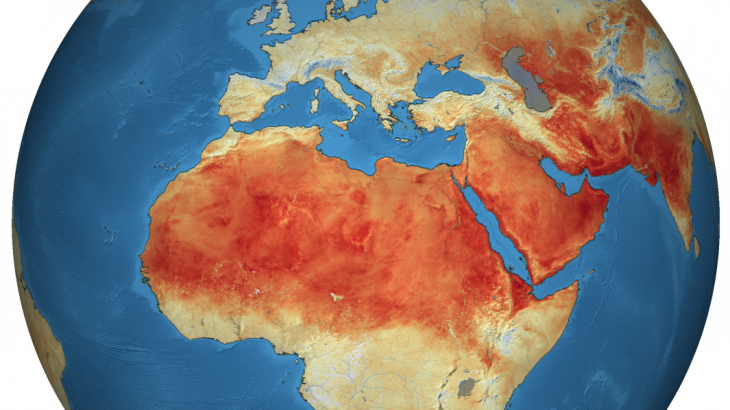 How thermal imaging could help us better prepare for climate change

A new ultra-high-resolution thermal imaging technology has taken to the skies above Europe this summer, as scientists explore the potential of building a new satellite system that could record the temperature of Earth’s surface in intricate detail. The goal of this system would be to ultimately help increase the resilience of agriculture in a future that face increasing water scarcity and variability. However, scientists hope it will also help us gain more knowledge about the Earth’s climate system.

This new thermal imaging system is called HyTES and was built by NASA’s Jet Propulsion Laboratory. Results from its rest flights above urban and rural areas of the UK and Italy will help provide test data to support the development of the proposed Land Surface Temperature Monitoring (LSTM) mission. This would be one of six new missions being developed by the European Space Agency (ESA).

The proposed mission would include mapping both land-surface temperature and rates of evapotranspiration (water vapor emitted by plants as they grow) in incredible detail – delivering information at a resolution 400 times finer than what is currently captured from space-based thermal instruments.

“In an urban context, this will help to understand and model thermal activity and ventilation in and around individual cities and inform planning and ‘climate-adaptive’ building design to deal with heatwaves such as those experience in western Europe during June,” explains Dr. Darren Ghent of the University of Leicester and member of the LSTM Mission Advisory Group.

“At the expected resolution it will be possible to monitor the temperature of individual fields, enabling growers to tailor irrigation regimes to specific crops and locations,” says Ghent.

With the Earth’s population expected to hit nine billion by 2050, the pressure on our planet’s water resources is mounting. “Agriculture already accounts for the use of 70% of global freshwater. Increased water withdrawals to keep up with future food demands combined with water scarcity and variability issues due to the effects of climate change will be challenging,” says Ghent. “The field-level temperature information from LSTM will increase the efficiency of individual farms in a changed environment.”

As the intricacies of our climate become even more important to understand with the effects of climate change, access to detailed climate data is at a premium. The efforts behind projects such as this could help increase our resilience to climate change as we gain a better understanding of the planet on which we live.