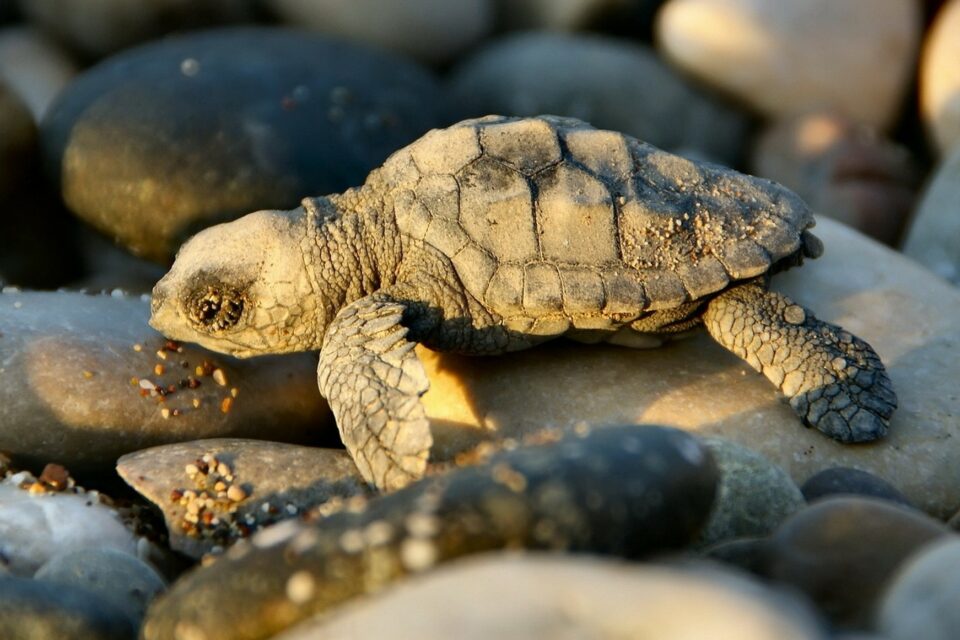 A new study led by the University of Exeter has found that, although conservation of sea turtles along most of Africa’s east coast has significantly progressed in recent decades, tens of thousands of turtles are still dying each year. This can be largely attributed to human activity, including illegal take and consumption of turtles (especially green turtles), bycatch, or loss of nesting and foraging habitats.

“Turtles face many threats along the African east coast, from egg to adult,” said study lead author Casper Van De Geer, a PhD student in Conservation Science at the University of Exeter.

“Our aim was to bring together everything that is currently known about these turtles, and to identify opportunities to better protect them in this rapidly developing region. We found that there’s still a lot we don’t know about these turtle populations, like how many there actually are or where they spend most of their time and migrate to.”

By using clutches of eggs laid as a measure of population, Van De Geer and his colleagues have found that some turtle species have recovered quite well in some places, such as the loggerhead turtles in South Africa and Mozambique. Unfortunately, other species, including leatherback and hawksbill turtles, have not responded well to conservation efforts.

While there is good legislation in place to protect turtles, and stakeholder groups are actively participating in conservation activities, greater collaboration with local populations is urgently needed to increase awareness and boost conservation efforts.

“Local knowledge was key to this research, just as it is vital to turtle conservation,” explained Van De Geer. “Conservation work is most effective when it is supported by the local stakeholders and this is achieved through genuine engagement and cultural sensitivity.”

“There are great examples of this along the African east coast where people are trained and employed as rangers or monitors in the area where they grew up, and the use of community theatre or musical performances to inform people about the marine world and conservation. Ultimately, it’s the people who live in a place who have the knowledge and motivation to protect it,” he concluded.

How do dragonflies right themselves in mid-air?
News coming your way
The biggest news about our planet delivered to you each day