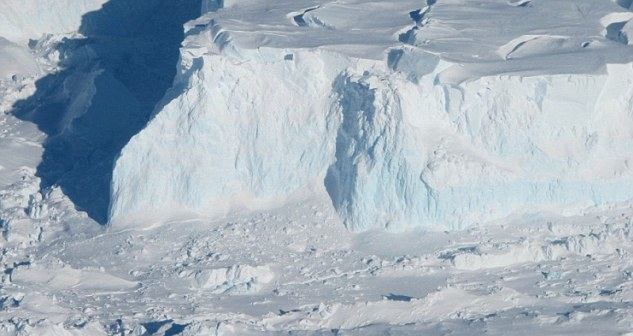 No hooray. What sounds like an exciting scientific discovery could be somewhat speeding up the demise of the glacier, sending it slip-sliding into the ocean.

Once the Thwaites glacier is lost, it is expected to destabilize the West Antarctic Ice Sheet and cause the seas to rise approximately two feet across the globe.

Scientists were able to use data from CryoSat-2, a European Space Agency satellite, to monitor the drainage of the lakes.

Benjamin Smith, a professor at University of Washington and a glaciologist at their Applied Physics Laboratory, explained, “This was a big event, and it confirms that the long-term speed-up that we’re observing for this glacier is probably driven by other factors, most likely in the ocean. The water flow at the bed is probably not controlling the speed.”

The team’s findings were published in the journal The Cryosphere.

The researchers used a new method to discover that there are drops in the glacier’s surface where each lake is located. The lakes are large, with the biggest one measuring 8,500 cubic feet – roughly the size of Lake Washington. As for their drainage rate, the water flowing out moved at around half the flow rate of the Hudson River.

During the years in which the lake drainage data was measured, the glacier’s slipping speed increased by 10%. However, scientists aren’t sure that the drainage of the lakes was the cause for the increase in glacier movement. They feel that another possible cause is warm seawater moving around underneath the glacier.

“This lake drainage is the biggest water movement that you would expect to see in this area, and it didn’t change the glacier’s speed by that much,” Smith said. 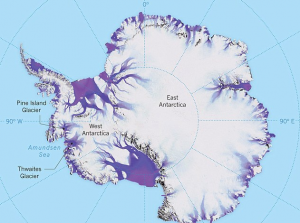