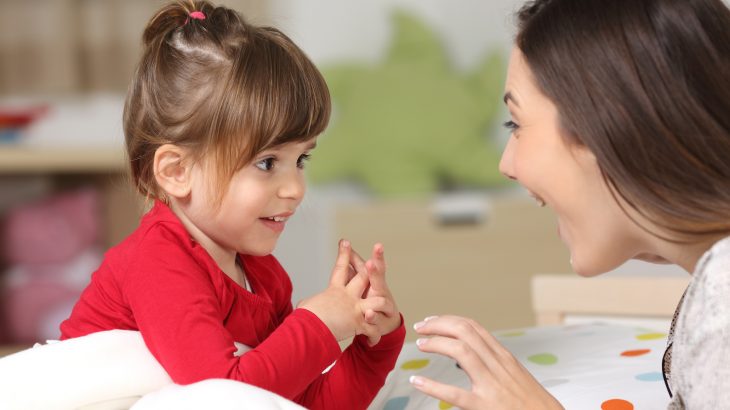 Studies have shown that children develop conversational skills at a very young age. New research has taken this one step further to reveal that children, rather than mothers, are the true conversation starters.

“I was surprised that kids were drivers of conversation,” said Mark VanDam of Washington State University. “This is exciting, because kids are active participants in shaping their own world. They have the freedom to pick what they talk about and when.”

The study was focused on day-long audio recordings of 17 toddlers conversing with their parents. Using automatic speech recognition technology, the researchers were able to analyze more than 1,400 hours of recordings.

“This type of work would have been impossible a few decades ago,” said VanDam. “With the power of computers and automatic speech recognition, we have developed a new dataset that takes place in a naturalistic setting rather than in a lab.”

The team found that children more frequently initiated conversations with their parents, followed by the mother, and then the father.

“There is a ton of evidence that girls at this age have a better command of language, but we found no difference in how boys and girls initiated conversation,” said VanDam. “We also did not see any sex differences in how the children spoke to either parent.”

According to VanDam, the findings will help experts better understand how mothers and fathers interact with their children.

“These results provide a template of how to use high-tech methods that are only very recently available to target new approaches to help moms and dads interact with their kids,” said VanDam. “We could use this information to develop new targeted therapies to help children that have language delay or behavioral issues and to improve the ways we interact with computers.”

The research was presented at the 177th Meeting of the Acoustical Society of America.