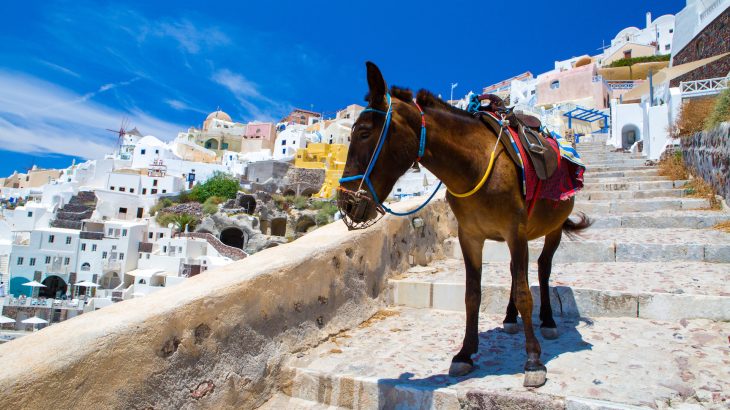 The popular tourist destination of Santorini, Greece is iconic for its striking, stark white buildings scaling up the mountainside. Tourists visiting the island often jump on the opportunity to have donkeys transport them up and down the steep slopes. But now, the “In Their Hooves” campaign is urging tourists to think before they support this practice.

Local merchants sell donkey rides to help carry passengers and their luggage from the island’s port to its capital, some 600 steep steps up. Working donkeys are at risk of spinal injuries, sores and exhaustion, but as prey animals, they naturally hide signs of distress. Heartbreaking online videos have shown the donkeys working with open wounds, struggling to carry heavy loads and being beaten by their handlers.

With around two million visitors a year, there is no shortage of demand for the donkey rides. The donkeys often work twelve hour days, making four to five trips up the stairs, according to local animal advocates.

When the donkeys become too old to continue working, they may be abandoned, killed or even pushed off the cliff, local animal advocates say.

This is why the campaign, launched by the local government, animal welfare group The Donkey Sanctuary and Cruise Line International Association, asks travelers to put themselves in the hooves of the estimated 360 donkeys lugging tourists and their bags up and down the island without access to water or shade. 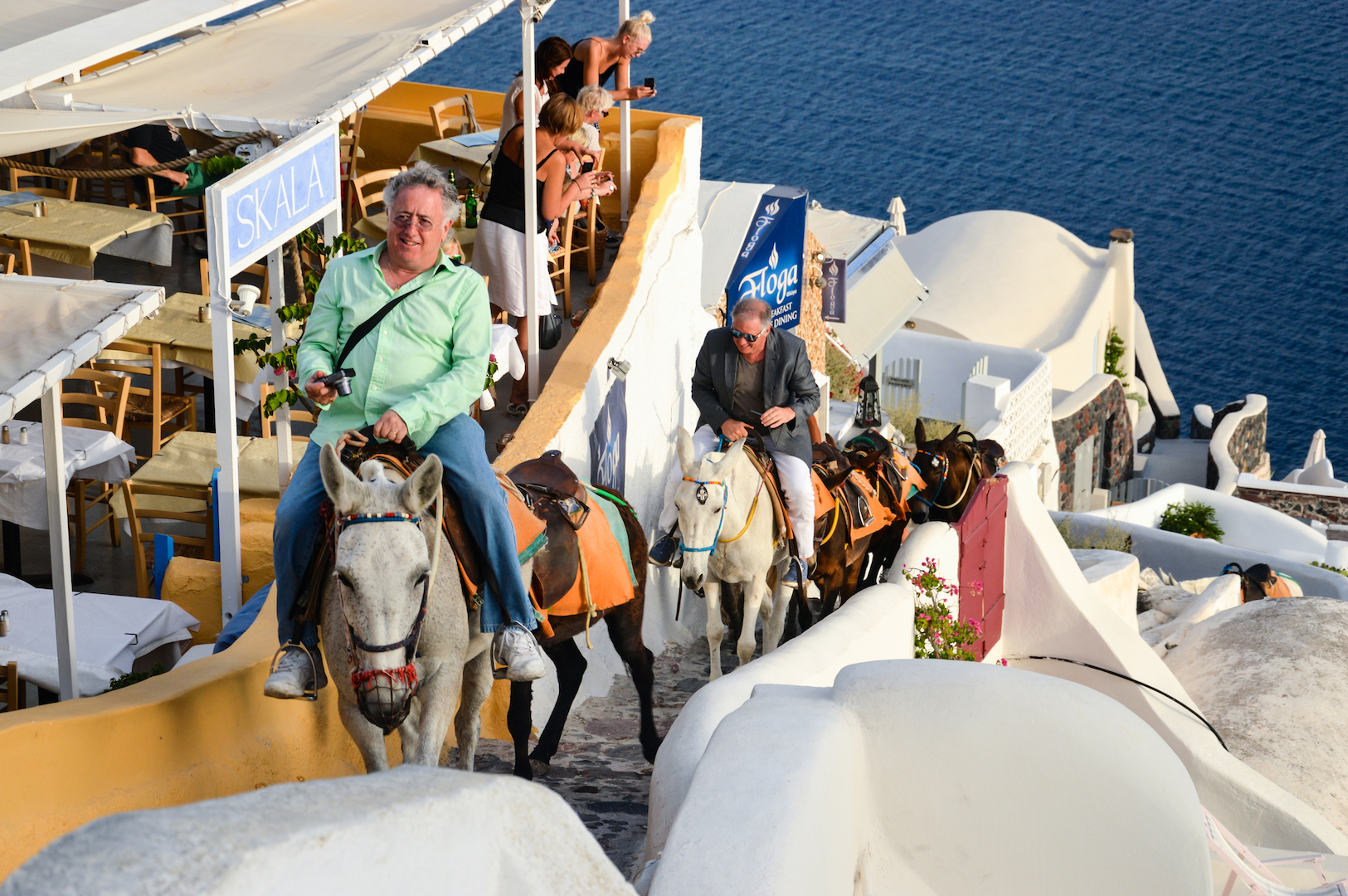 The campaign pinpoints a problem that has existed for years in animal tourism and entertainment. Well-meaning people visit and partake in animal attractions because they love animals or want to enjoy a fun experience but they often fail to consider the welfare of the animals who are entertaining them. By asking tourists to think “in their hooves”, the campaign is driving people to empathize with the animals.

Slowly, the public’s view of animals has been moving this way in recent years. While people used to happily visit circuses, orca shows and roadside zoos without any ethical qualms, many are now questioning the effect these attractions have on animal welfare.

The Santorini donkeys have benefited from this recent change in mindset. In 2018, photos of overweight tourists riding donkeys caused international backlash. In response, Santorini passed a law prohibiting animals from carrying any load exceeding one-fifth of their body weight and requiring animals be provided with food, water and shade. Additionally, cruise liners joined the “In Their Hooves” campaign after hearing from multiple passengers who were upset by the condition of the donkeys, The Guardian reports.

The “In Your Hooves” campaign asks tourists to be on the lookout for signs of poor welfare such as lack of shelter and water, abusive handling practices and open wounds. But the layman may not always be able to recognize animal abuse.

The most concrete way a tourist can ensure they are not supporting an exploitative animal attraction is to simply refuse the attraction. As the campaign states, “If you have doubts about any of these questions and still use a donkey then you could be contributing to the animal’s suffering.”