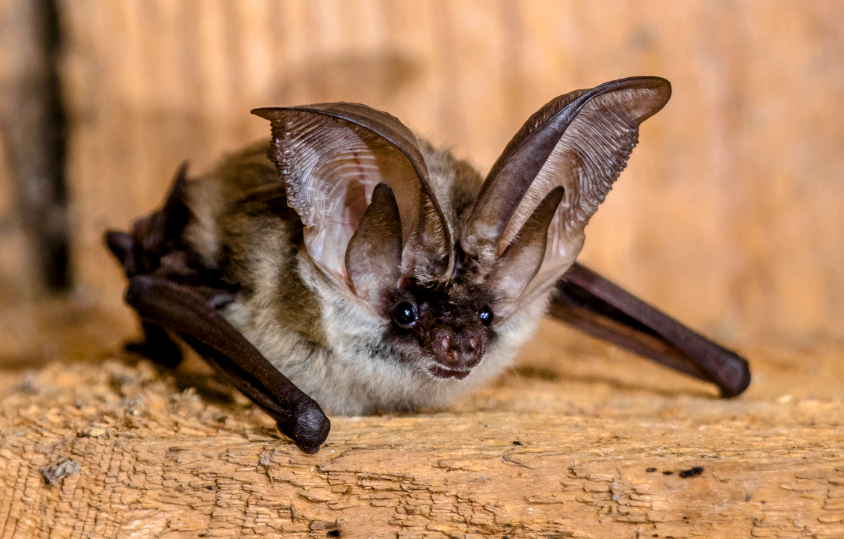 In an attempt to find the most compatible forest management and logging techniques, the scientists tracked the bats and looked closely at their foraging behaviors.

“There’s a perceived conflict between forest management and endangered bats,” said study co-author Joy O’Keefe of the University of Illinois.

“Folks would like to harvest without any restrictions, but because these bats are there, they have to pay attention to when they’re present and what kind of habitat they’re using, and then potentially change the timing or the nature of harvests or prescribed fires to accommodate for the bats.”

“We know a lot about where these bats like to roost, but no one has studied the foraging behaviors in detail when both species share the same forest,” explained study lead author Tim Divoll. “That’s going to tell us a lot more about how they use these forests and how we might accommodate the variety of behaviors.”

The study was especially important because the bats are in a precarious position. Like many North American species, they are threatened by the devastating fungal disease – White Nose Syndrome. It would be unfortunate if human activity placed additional strain on these endangered animals.

“White-nose syndrome has really devastated northern long-eared bats in this forest,” said O’Keefe. “It turns out we did this study just in the nick of time, because right after we finished the study in 2017, we could no longer catch them out there. Their populations just tanked. Thankfully, my students caught four individuals this year.”

Interestingly the study found that the logging methods already used in the forest were either neutral to bats or possibly somewhat positive.

“The results of this study will help forest managers to make decisions that boost bat populations recovering from this disease.”