Trees versus grass: Which is the better carbon sink? • Earth.com 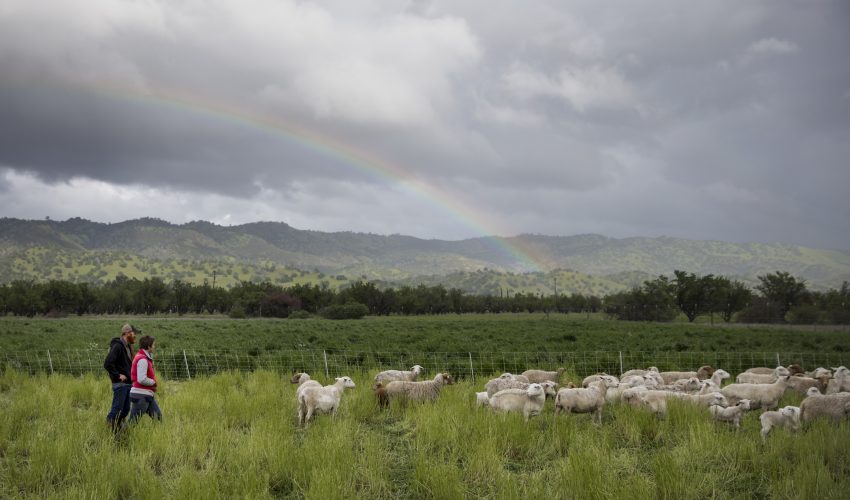 Trees versus grass: Which is the better carbon sink?

Most of us learn when we are young that trees intake carbon dioxide and produce oxygen. And while this is a well-known and useful fact, we often don’t dive much deeper than that. How efficient are trees as carbon consumers? In a world that is desperately looking for a solution to greenhouse gas emissions, are there more efficient natural ways to remove the carbon dioxide from our atmosphere? A new study published in the journal Environmental Research Letters may just answer these questions.

While forests consume roughly a quarter of the human-caused carbon dioxide pollution worldwide, there are some forested areas that are now lacking in efficiency. Researchers from the University of California, Davis have found that grasslands and rangelands are better carbon sinks than forests in present-day California. Years of warming temperatures, fire suppression, and drought have increased wildfire risks – which has turned California’s forests into carbon producers more than carbon consumers.

Trees store much of their carbon within their leave and woody biomass, while grass stores most of its carbon underground. This means that when a tree catches fire, it releases its stores of carbon back into the atmosphere. But when a fire burns through grasslands, the carbon fixed underground tends to stay in the roots and soil.

“In a stable climate, trees store more carbon than grasslands,” says co-author Benjamin Houlton, director of the John Muir Institute of the Environment at UC Davis. “But in a vulnerable, warming, drought-likely future, we could lose some of the most productive carbon sinks on the planet. California is on the frontlines of the extreme weather changes that are beginning to occur all over the world. We really need to start thinking about the vulnerability of ecosystem carbon, and use this information to de-risk our carbon investment and conservation strategies in the 21st century.”

The authors of the study suggest that grasslands and rangelands should be given opportunities in California’s cap-and-trade market, which was designed to reduce the state’s greenhouse gas emissions by 40 percent below 1990 levels by 2030. Their findings could also influence other carbon offset efforts around the world, especially those in semi-arid environments.

The researchers ran model simulations of four scenarios: global carbon emissions largely cease, carbon emissions continue, periodic drought intervals (similar to La Niña/El Niño weather patterns), and megadrought – which could last for a century or more. The only scenario in which California’s trees were better carbon sinks than grasslands was the first one, which is an unlikely scenario at best. Our current path of global carbon emissions dictates that grasslands are the most viable net carbon dioxide sink through 2101, as they’re able to store carbon even during extreme drought simulations.

“Looking ahead, our model simulations show that grasslands store more carbon than forests because they are impacted less by droughts and wildfires,” says lead author Pawlok Dass, a postdoctoral scholar at UC Davis. “This doesn’t even include the potential benefits of good land management to help boost soil health and increase carbon stocks in rangelands.”

This study doesn’t suggest that grasslands should replace forests or diminish the many benefits of trees. Instead, it states that, from a cap-and-trade and carbon-offset perspective, conserving grasslands and promoting rangeland practices that lead to reliable rates of carbon sequestration may help meet the state’s emission-reduction goals.

“Trees and forests in California are a national treasure and an ecological necessity,” says Houlton. “But when you put them in assuming they’re carbon sinks and trading them for pollution credits while they’re not behaving as carbon sinks, emissions may not decrease as much as we hope.”

The author’s findings can help California – and similar climates around the world – better meet greenhouse gas reduction goals, and help improve our chances of surviving climate change in the future.