Trophic rewilding may be an effective tool to fight climate change • Earth.com 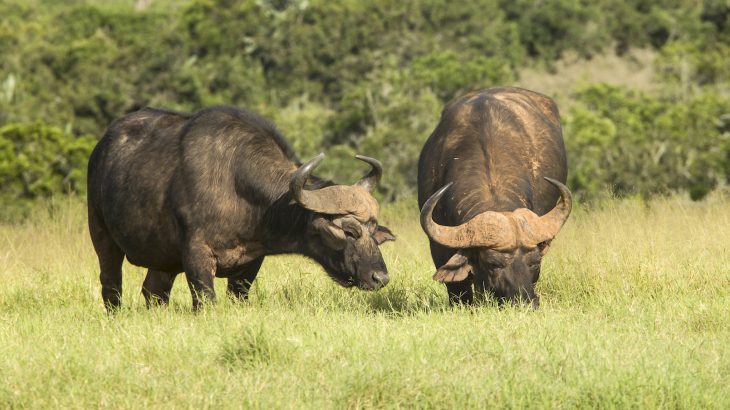 Trophic rewilding may be an effective tool to fight climate change

Since the widespread expansion of humankind, biodiversity has suffered.

Hunting, habitat loss and degradation, and overexploitation have been some of the main drivers of species loss over the years.

According to the Living Planet Assessment from the Zoological Society of London, there has been a 58 percent decline in global wildlife populations since 1970, and this number could fall by as much as two-thirds in the next two years.

Livestock are some of the biggest emitters of methane, a potent greenhouse gas, and as such are major contributors to climate change and atmospheric greenhouse gas levels.

How do we combat biodiversity loss, livestock emissions, and climate change? Trophic rewilding may be the answer.

The Philosophical Transactions of the Royal Society B recently published a special issue dedicated to rewilding.

The issue includes 16 papers that discuss the different aspects of rewilding which is considered a modern conservation solution that could help reduce the impacts of climate change and restore large herbivores to their native habitats.

Rewilding involves restoring habitats and declining animal populations by reinstating the natural ecosystem of an area.

One main argument for rewilding is that by bringing back large herbivores and reducing our demand for livestock, it will reduce the amount of methane emissions from cattle.

Native herbivores like elephants and rhinos are thought to have a small methane footprint, according to a Carbon Brief article.

Joris Cromgist, an author of one of the 16 studies, explained to Carbon Brief that though there is little research on the methane emissions of large herbivores because many large herbivores have different digestive systems, they produce less methane when they graze.

“Little empirical data is out there for wildlife. The largest emissions, per individual animal, come from large ruminants, such as cattle, and similar wild species, such as African buffalo or American bison,” Cromgist told Carbon Brief. “The least methane is, in principle, produced by the large non-ruminants, such as rhino, elephant, and equid [horse] species.”

Trophic rewilding could also help reduce the severity and frequency of wildfires caused by weather extremes, drought, and habitat loss.

One study suggests that large vertebrates could help combat fires by eating plant matter that could increase fire risk and limit the spread of dense vegetation.

Rewilding could provide a crucial lifeline for today’s rapidly declining populations of animals while also tackling the major challenge of climate change.