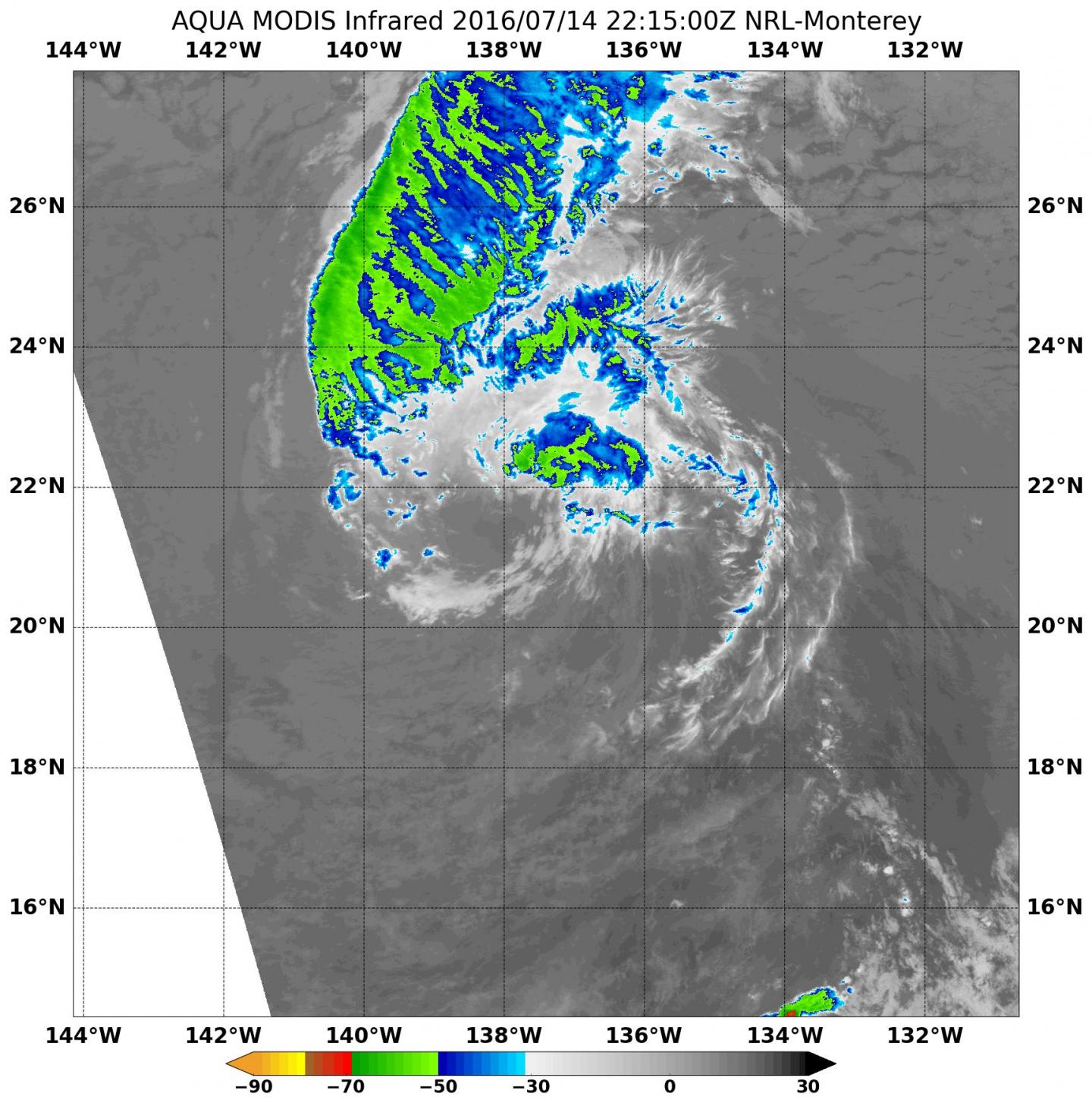 Tropical Storm Celia move into central Pacific and has crossed 140 degrees west longitude line, which means the storm has moved from the Eastern into the Central Pacific Ocean. Infrared imagery from NASA’s Aqua satellite showed Celia had lost most of its punch.

Enhanced infrared imagery from the MODIS instrument that flies aboard NASA’s Aqua satellite on July 14 at 22:15 UTC (6:15 p.m. EDT) and microwave imagery showed all that remains of Celia’s thunderstorms was a fragmented curved band storms about 60 nautical miles north-northeast of the exposed circulation center.

Celia is moving toward the west-northwest near 13 mph (20 kph). The system is expected to turn toward the west at about the same forward speed later today and continue in this general motion during the next couple of days.Tropical Storm Celia move into central Pacific