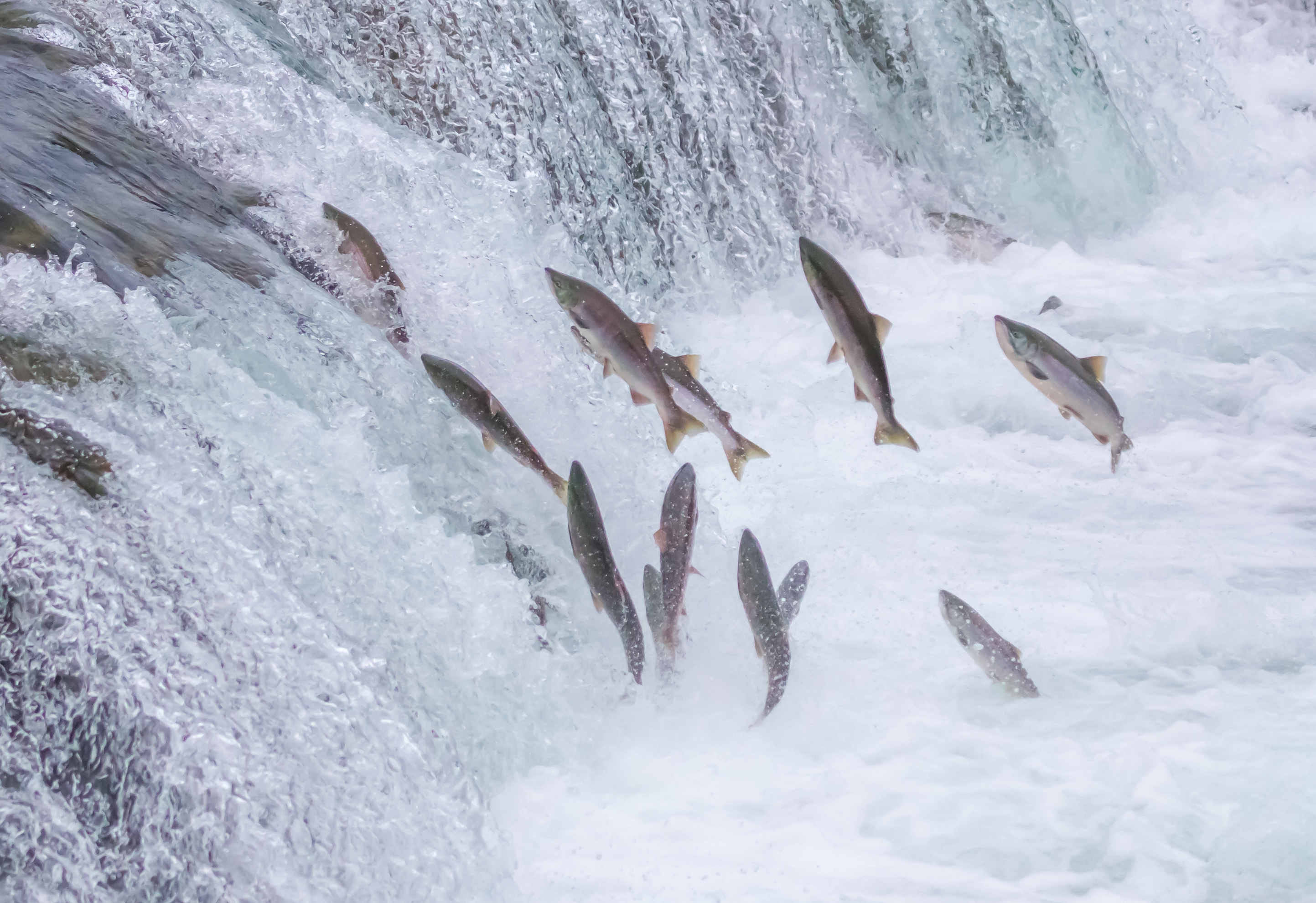 Researchers have identified four Pacific salmon populations in California, Oregon, and Idaho that are particularly vulnerable to climate change. The salmon inhabit a broad range of territory which makes them much more likely to be impacted by environmental changes.

Although Pacific salmon spend most of their lives in the ocean, they return to their native waterways to spawn, migrating as far inland as central Idaho.

The study, led by Lisa Crozier of the National Oceanic and Atmospheric Administration (NOAA), will help to prioritize protection efforts for salmon along the entire west coast of the United States.

The researchers set out to gauge the vulnerability of Pacific salmon by analyzing 33 threatened or endangered groups, including local populations from the Mexican border to the Canadian border. 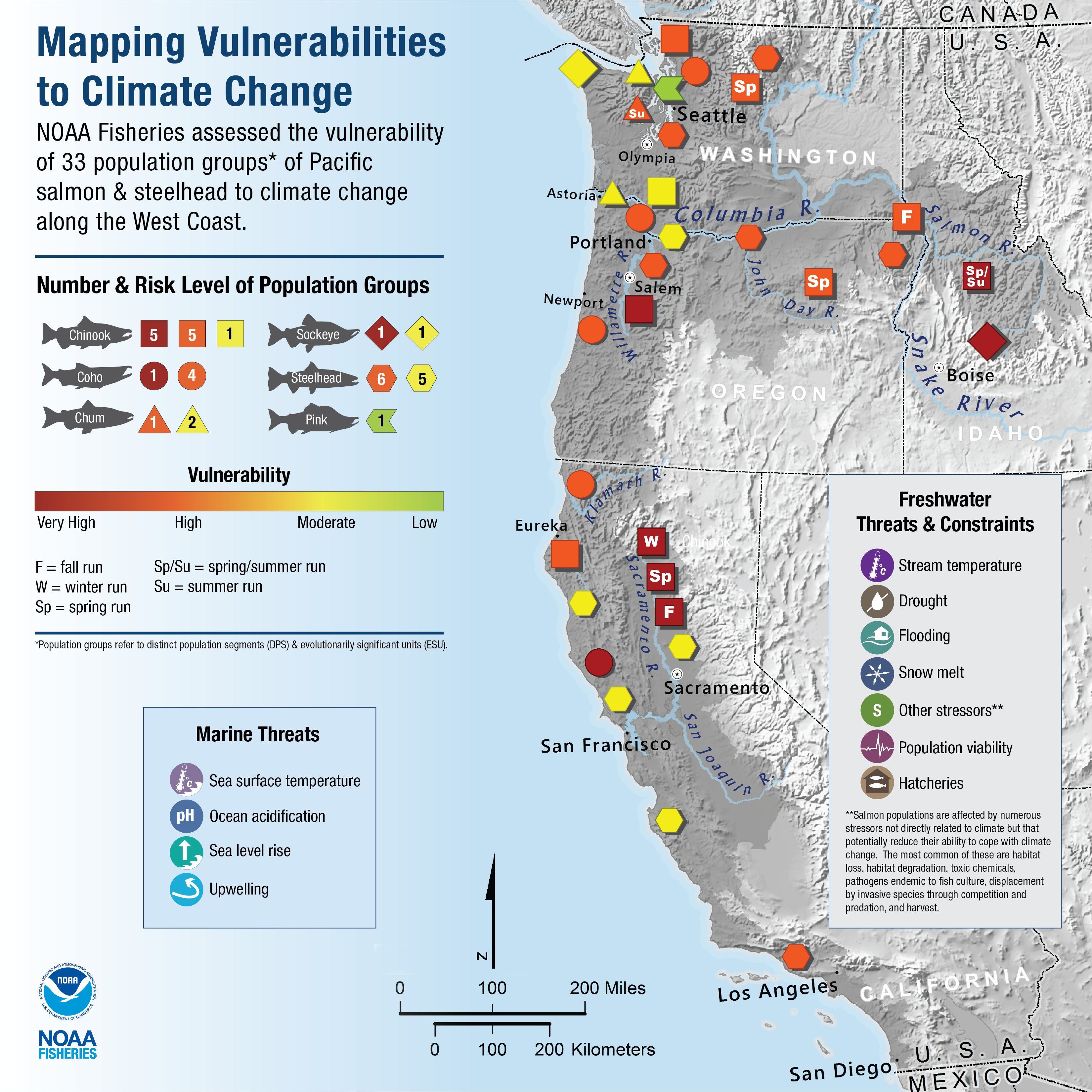 The results of the analysis pinpointed the four most threatened population groups: Chinook in California’s Central Valley, coho in northern California and Oregon, Chinook in the Columbia and Willamette River basins in Oregon, and sockeye in the Snake River basin of Idaho.

Overall, every single population group examined for the study was found to be sensitive to rising surface temperatures in the ocean and throughout the streams. The researchers also determined that all 33 groups are vulnerable to ocean acidification.

“Salmon have always adapted to change, and they have been very successful, otherwise they wouldn’t still be here,” said Crozier. “What we are trying to understand is which populations may need the most help with anticipated future changes in temperature and water availability, and what steps we can take to support them.”