Tropical trees are a valuable weapon against climate change • Earth.com 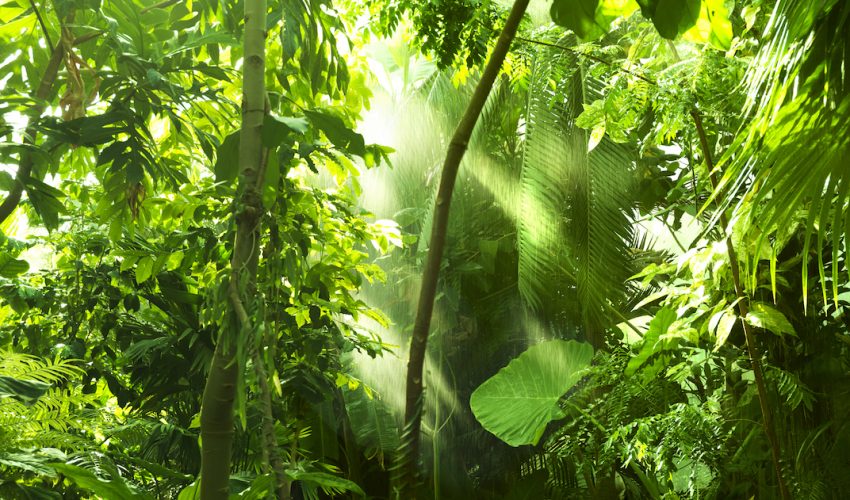 Tropical trees are a valuable weapon against climate change

New research has revealed that tropical trees continue to accumulate high rates of carbon into old age. In fact, these trees build up the majority of their carbon storage toward the end of their lives.

Trees play a critical role in helping offset the progression of climate change by taking carbon out of the air and storing it. While older trees are generally thought to have had a long life of carbon accumulation, a lack of data from individual trees makes it impossible to accurately calculate the amount of carbon stockpiled by a single tree in its lifetime.

Michael Köhl of the Universität Hamburg, Germany, led a team of experts in examining the carbon accumulation of tropical trees over the course of their lifetimes. In order to do this, the team investigated 61 trees that grew naturally in the Suriname Rainforest. The trees ranged from 84 to 255 years old and belonged to three different species.

The team analyzed the growth patterns of the trees and then calculated the size of each tree above the ground based on its rings. This data was used to measure how much carbon each tree had accumulated over the course of its life.

The researchers determined that the growth and carbon accumulation rates of these tropical trees had significantly more variation throughout their lifetimes compared to trees in managed forests. The tropical forest trees were also found to maintain high carbon accumulation rates toward the end of their lives, collecting 39-50 percent of their total carbon stock in the last quarter of their lives.

The experts confirmed the theory that older trees generally store more carbon than younger trees. They suggest that a forest’s ability to store carbon is improved with the longevity of its trees. These findings, published in the open-access journal PLOS ONE, may help to promote the conservation of old-growth tropical forests.