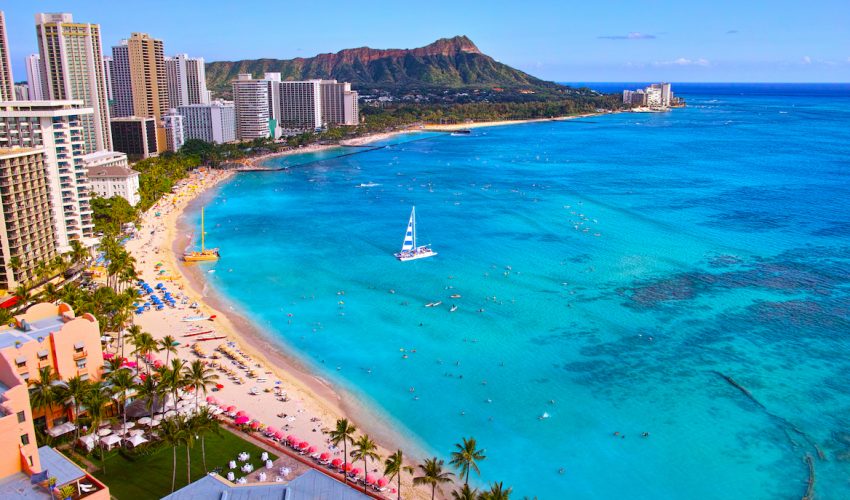 A recent study led by Andreas Schaefer of Karlsruhe Institute of Technology (KIT) is giving new insight into the potential of tsunamis to impact tourism revenue. The researchers found that tourist loss from tsunami risk is costing beach economies over $250 million dollars every year.

The research was focused on 24,000 prominent coastal tourist destinations around the world. In order to estimate how much these locations stood to lose in the event of a tsunami, the experts calculated the beach-related business value of each destination based on tourism data, which was collected for over 10,000 states, provinces, and counties globally in over 200 countries.

“In absolute terms, Hawaii is by far the highest risk area on the globe for tourism risk to tsunamis, as it can be affected by many possible tsunami sources from Japan, Alaska, South America and other regions,” said Schaefer. “Most of the loss would be monetary, however, due to significant investment in warnings.”

Using the tsunami simulation model “TsuPy,” which was developed by Schaefer, the scientists simulated thousands of potential tsunamis for each of 24,000 beaches. This way, the researchers were able to calculate the impacts of tsunamis that are possible but have not actually happened.

The following were found to be the top 10 tourism locations in terms of possible losses of beach tourism due to tsunamis:

“Every country is different, and it depends on the location and size of the country,” said Schaefer. “In some past events, such as in the Indian Ocean, significant numbers of tourists stayed away from the entire region and prices decreased, due to beach loss, hotel damage and infrastructure issues.”

“In comparison to the significant rewards beach tourism offers globally, tsunami risk seems small, however, for those locations that are hit, the losses can be devastating.”

Andreas Schaefer presented this research and released a global tourism destination risk index for tsunamis at the 2018 Annual Conference of the European Geosciences Union (EGU) in Vienna.