Documentary reveals what the Tyrannosaurus Rex really looked like • Earth.com 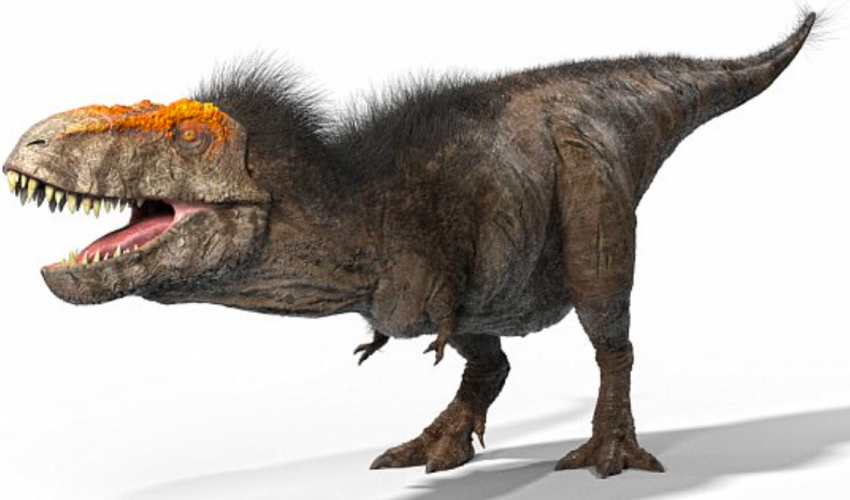 Documentary reveals what the Tyrannosaurus Rex really looked like

An upcoming BBC documentary will explore what the legendary Tyrannosaurus Rex was really like. The Real T.rex With Chris Packham claims that the prehistoric creature was not accurately depicted by early scientists or in films.

Tyrannosaurus Rex was an enormous dinosaur, with the most complete specimen measuring about 40 feet in length and between 15 and 20 feet in height. The massive animal had strong and powerful hind legs and the largest known teeth, which were about eight inches in length.

Despite the fact that T-Rex is the most well-known of all the dinosaurs, paleontologists are now reporting that popular images of the beast are not entirely realistic.

Scientists have determined that T-Rex had some characteristics that resembled birds more than reptiles, such as black, spiky feathers. Because the creature did not require the feathers for insulation, experts on the film concluded that it had “a light patching of feathery bristles strategically placed for social display.”

Paleontologists also believe that T-Rex likely had colored markings around its eyes, which may have been used for mating or identification. The experts drew this conclusion from unusual markings on the animal’s skull and also considered similar markings on other predatory birds.

Although T-Rex has been portrayed as having a tremendous and powerful roar, the documentary suggests otherwise. Film host Chris Packham teams up with Julia Clarke, a professor of Vertebrate Palaeontology at the University of Texas, to explore the possibility that dinosaurs actually sounded more like birds and reptiles than large predators.

“The most chilling noises in the natural world today come from predators, the howl of the wolf, the roar of the tiger, but experts now doubt that T-Rex sounded anything like them,” said Packham.

“It’s such a low frequency that you wouldn’t have just heard it, you would have felt it too,” said Packham. “There is a sort of primal fear that is associated with sounds like that.”

“The Real T.rex with Chris Packham” will air on BBC2 January 2nd.