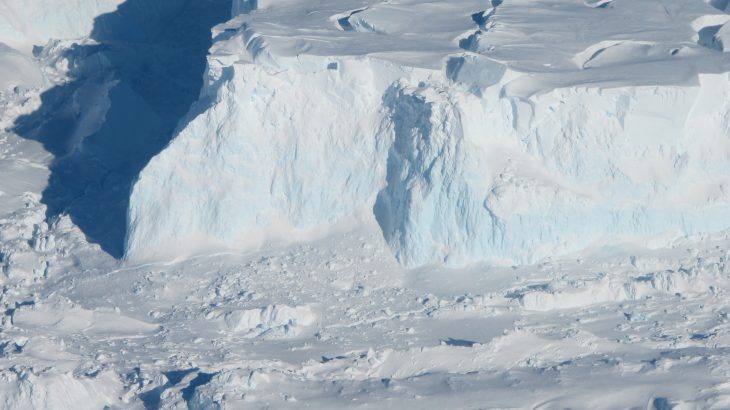 Construction of underwater walls may help slow the sea-level rise

A new study describes how geoengineering projects could be used to slow down glacial melt and limit sea-level rise. The investigation was focused on the Thwaites Glacier in the Amundsen Sea, which is retreating at an accelerated rate.

Thwaites is one of the widest glaciers in the world and is predicted to be the largest individual source of future sea-level rise.

“If (glacial geoengineering) works there then we would expect it to work on less challenging glaciers as well,” explained the study authors.

The researchers found that an intervention the size of existing civil engineering projects may have only about a 30 percent chance of success, but that a more targeted approach would have better odds.

Study co-author John Moore is a scientist at Beijing Normal University in China and a professor of Climate Change at the University of Lapland in Finland. “Doing geoengineering means often considering the unthinkable,” said Professor Moore.

Glacial geoengineering involves making changes to the geometry of the seafloor to form an ice shelf near glaciers that flow into the ocean, which could prevent them from melting further. Like the Thwaites ice stream, many glaciers are rapidly retreating and the impacts will affect millions of people living along the world’s coastline.

“The most important result (of our study) is that a meaningful ice sheet intervention is broadly within the order of magnitude of plausible human achievements.”

The team evaluated two glacial-geoengineering methods. One idea is to construct a massive underwater wall to prevent warm water from reaching the base of an ice shelf, which is very sensitive to melting.

A simpler concept involves building artificial mounds or columns on the seafloor. The mounds would not block warm water but could help the glacier re-strengthen and re-develop by supporting it and holding it back.

“In either case, we were imagining very simple structures, simply piles of sand or gravel on the ocean floor,” said Wolovick.

Computer simulations demonstrated that even the least complex of the designs could slow down the rate of glacial melt, providing coastal communities with more time to adapt to rising sea levels.

“We all understand that we have an urgent professional obligation to determine how much sea level rise society should expect, and how fast that sea level rise is likely to come,” said Dr Wolovick.

“However, we would argue that there is also an obligation to try to come up with ways that society could protect itself against a rapid ice-sheet collapse.”

While glacial geoengineering could work to hold off ice-sheet collapse, the study authors strongly emphasize that reducing greenhouse-gas emissions remains the number one priority in the fight against climate change.