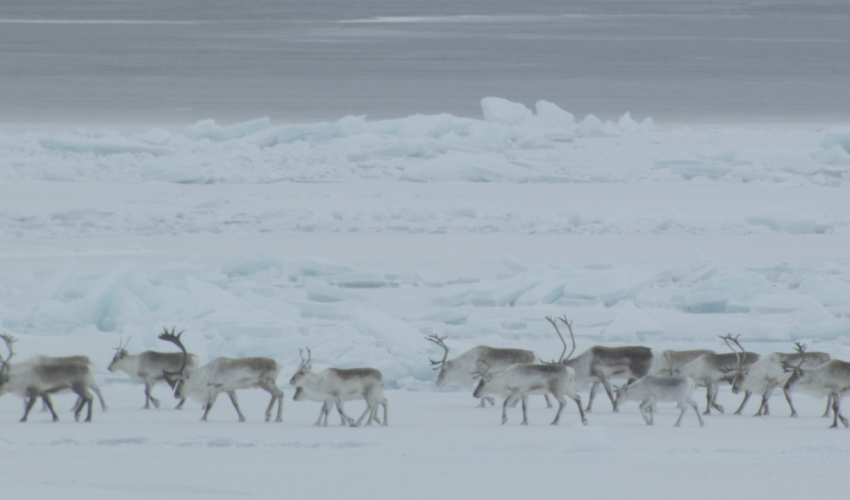 A study led by the Santa Fe Institute is the first of its kind to use drones to track the movement of individual animals within a group. The investigation, which was focused on migrating caribou, revealed a surprising amount of variation across animals within the herd.

The research team captured video footage of caribou during migration using drones. Their objective was to study the movement and social interactions among the caribou as they traveled between mainland Canada and Victoria Island.

The researchers extracted trajectories of each individual caribou from the images, and used these path projections to examine how fine-scale movement patterns were influenced.

“New technologies, like the drones and computer vision we used in our study, are really exciting because they give us the ability to collect movement data on every single individual in a group simultaneously,” said lead author Andrew Berdahl. “That means we can now unravel the important role that social interactions play in guiding migratory movements.”

Prior to the recent emergence of drone technology, scientists relied on GPS collars to track migrating individuals. This did not give the researchers any insight into the social dynamics of a group.

The study revealed that individuals within a herd do not all behave similarly, which is a common assumption.

“We found enormous variation in sociality across sexes and age classes,” said Berdahl. “For instance, calves are highly social while adult bulls tend to be much more independent.

The researchers also found that the caribou were more influenced by members of the herd that were in front of them than those traveling beside of them.

“This leads to asymmetric information flow through the herd and, interestingly, agrees with the traditional knowledge of the Inuit, which states that a subset of ‘lead’ caribou effectively guide the path of the annual migration,” explained Berdahl.

“Ultimately, collective behavior is important because social dynamics can have population-level implications,” wrote the study authors.

The approach used in this research could be applied to future studies to explore individual and collective movement in a wide variety of animals in different surroundings.