Unknown ocean currents discovered with the help of seals • Earth.com 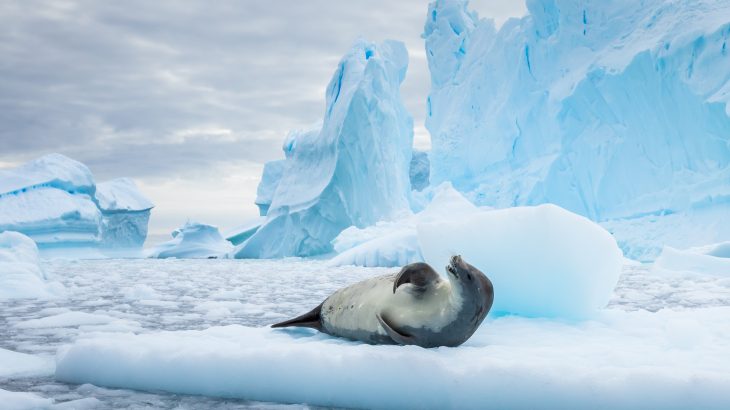 Unknown ocean currents discovered with the help of seals

For the first time, important ocean currents have been observed in the Southern Ocean with the help of robots and scientific sensors carried by seals. These currents control the amount of heat and carbon that moves between the ocean and the atmosphere – a process that has a major influence on the global climate.

In two separate studies from the University of Gothenburg, researchers used advanced technologies to collect data in the ocean surrounding Antarctic sea ice.

The ocean currents, which are too small to appear in satellite and ship-based data, were found to interact with strong storms in the Southern Ocean and with physical processes that occur under sea ice.

“Using the data collected by the seals, we’re able to look at the impact these upper ocean currents have underneath the sea ice for the first time. It’s a really valuable insight into what was previously completely unknown in the Southern Ocean,” said Dr. Louise Biddle.

The research shows that the upper ocean currents have a significant effect on the ocean during the winter, which was assumed to be a relatively calm season.

The study revealed that when the storms subside and the winds are weak, the newly-discovered upper ocean currents start to become much more active. The energetic currents enhance the rate of ocean mixing and the transport of heat, carbon, and nutrients throughout the Southern Ocean.

“These new ocean robots, so-called gliders, which we control by satellite for months at a time, have allowed us to measure the ocean at unprecedented high resolution. The measurements have revealed strong physical linkages between the atmosphere and ocean,” said Professor Sebastiaan Swart.

“It’s pretty amazing we can remotely ‘steer’ these robots in the most far-flung parts of the world – the ocean around Antarctica – while collecting new science data.”

“We are excited to grow this research capability at the University of Gothenburg,” said Professor Swart. “This is really a world-leading direction we should be taking to collect part of our data in marine sciences.”